You Can Profit From Partisan Politics And Sports Betting With Fox (NASDAQ:FOX)

Ever since the $71B 21st Century Fox sale to Disney (DIS), the new Fox (FOX) has gone largely under the radar. The share price has fallen to where Fox is valued near publicly traded TV peers, but Fox deserves a valuation far premium to them.

You couldn’t tell by how it’s priced, but FOX actually has above average quality assets and has grown revenue at an average rate of 6.4% over the past four years, well above industry peers.

As a reference, here is how FOX is valued compared to peers:

As you can see, Fox seems to be the most expensive on an EV/EBITDA basis. However, there is a good reason. Fox channels, including Fox News, Fox Sports, FS1, FS2, and Fox Business have outperformed peers consistently for many years.

The cash flow trajectories show why VIAC and AMCX trade at a discount to FOX. The discount likely isn’t big enough given that they can’t seem to increase cash flows.

Even though Fox has outperformed peers in most measures and has a far better balance sheet, it trades almost in line with them. In my opinion, FOX is a great value at the current price and will perform well through the crisis.

Although the virus will affect Fox’s sports networks, they got lucky in that their biggest event every year, the Super Bowl, was not affected and brought in record advertising revenue. There is also good news in that there are signs that sports might be coming back soon, with New York Governor Andrew Cuomo recently asking major sports to begin reopening without audiences in the stands. They disclosed in their 10-Q that they expect COVID-19 to reduce advertising revenue by $200-240M if current conditions persist for the whole quarter. Although significant, that is only about 25-30% of revenue, and thanks to their healthy margins they should weather the current pandemic better than most companies.

Fox News and Fox Business should benefit from recent events, as more people will want to follow current events and pay attention to political issues. Regardless of how you feel about its politics, Fox News has done well in the past few years of the Trump Presidency. It has a practical monopoly on delivering conservative news to that half of the political spectrum that tends to view president Trump more favorably, at least through traditional outlets. 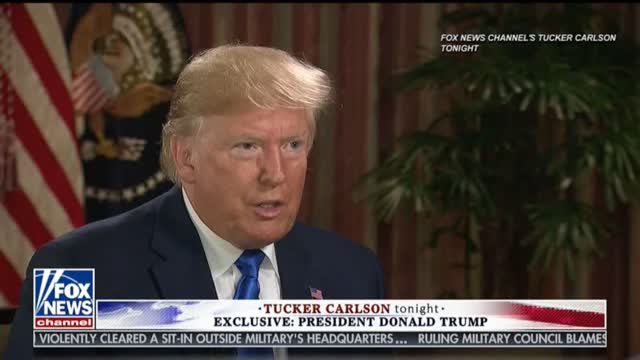 They should continue to benefit from the many media controversies and talking points that emerge from the Trump presidency, as well as the relationships Fox News hosts have with the President. The upcoming presidential election will be a boost, and even if Biden wins I doubt that the partisan tribes will put down their sticks, meaning that media consumption and demand for political content won’t decrease. If Trump lost, I doubt he would remain silent over the next four years of the Biden presidency.

Pew Research suggests that the U.S. has gotten significantly polarized over the past several decades.

As you can see, Americans have become very polarized. As long as this remains the case, Fox should continue to benefit as many mainstream media platforms distance themselves from the conservative ideas that Fox Media is friendly too.

Outside of news and politics, Fox owns Fox Entertainment and valuable sports networks. They own Fox Sports, FS1, FS2, Big Ten Network, and Fox Deportes. Although most sports have been disrupted by the coronavirus, they have a strong programming base once sporting events resume. They air NFL games (including the super bowl), NASCAR events, WWE content, the World Series, and college football. 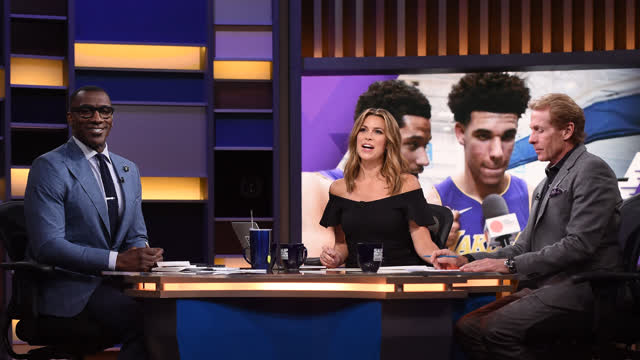 Included with their sports networks is a valuable sports betting stake. What was originally a stake in The Stars Group (TSG) became, through a merger of TSG with Flutter Entertainment, a ten-year option on 18.5% of FanDuel – a sportsbook and fantasy sports provider. This equity option gives Fox upside if the sports betting market grows over the next decade now that regulations are being loosened across many states. The most recent equity raise I could find suggests FanDuel is worth very roughly 500 million, putting Fox’s option at a $100 million valuation.

In other assets, they also own a $100 million stake in social broadcasting platform Caffeine Studios and $260 million of a consumer finance marketplace called Credible Labs.

If we subtract these $460 million in other assets from the enterprise value and assume that EBITDA returns the long-term average 5.8% growth post-COVID-19, Fox currently trades at about 6.41x EV/2022 EBITDA. That is an extremely cheap valuation for a company with a rock-solid balance sheet – net debt at 1.5x EBITDA and no maturities for two years – a track record of revenue and cash flow growth, and a newly acquired streaming platform (Tubi) to deliver content directly to consumers.

If a troubled and overleveraged cable company was trading at this valuation, it would be a fair price. Yet, with the premium assets and favorable industry position that Fox has, the stock is an absolute steal at this valuation. They are well-positioned to continue profiting from the partisan media battle that has been waged in a polarized political environment. Sports revenues should return relatively soon since Fox can profit even if sports are plated without fans in the stands. They have upside in areas of growth with their FanDuel stake and streaming platform. Even if their results aren’t as excellent going forward as their track record has been, the single-digit cash flow multiple they trade at means that Fox can reward shareholders with buybacks – like they recently did with a swiftly executed 2 Billion Dollar buyback authorization – that equate to more than 10% of the current market cap. At this valuation, things don’t even have to go that well for investors to see great returns.

For all reasons mentioned, investors should consider investing in Fox for the growing cash flows from high-quality media assets that can be bought at a rock-bottom valuation.

Disclosure: I am/we are long FOX. I wrote this article myself, and it expresses my own opinions. I am not receiving compensation for it (other than from Seeking Alpha). I have no business relationship with any company whose stock is mentioned in this article.