On the flip side, minority shareholders might not have the same long, multi-generational investment horizon that a strategic investor like Ayala Corporation has. There is no certainty if and when Myanmar will catch up with its Southeast Asian neighbors with respect to economic development. Also, while it is positive that Alipay is taking a stake in Wave Money, the latter is expected to face stiff competition in Myanmar’s growing mobile payments market. As such, I think that a Neutral rating for Yoma Strategic is justified.

Readers have the option of trading in Yoma Strategic shares listed either on the Over-The-Counter Bulletin Board/OTCBB as ADRs with the ticker YMAIF, or on the Singapore Stock Exchange with the ticker YOMA:SP. For those shares listed as ADRs on the OTCBB, note that liquidity is low and bid/ask spreads are wide.

For those shares listed in Singapore, there are limited risks associated with buying or selling the shares in terms of trade execution, given that the Singapore Stock Exchange is one of the major stock exchanges that is internationally recognized and there is sufficient trading liquidity. Average daily trading value for the past three months exceeds $1.2 million, and market capitalization is above $390 million, which is comparable to the majority of stocks traded on the US stock exchanges. Institutional investors who own Yoma Strategic shares listed in Singapore include Aberdeen Standard Investments, Eaton Vance Management, Capital International, and BlackRock, among others. Investors can invest in key Asian stock markets either using U.S. brokers with international coverage, such as Interactive Brokers, Fidelity, or Charles Schwab, or local brokers operating in their respective domestic markets.

On November 14, 2019, Yoma Strategic announced that Philippine conglomerate Ayala Corporation is investing $155 million for a 20% stake in the company via a placement of new shares. This will make Ayala Corporation the second-largest shareholder in Yoma Strategic, after the founding Pun family which will have a 27% equity interest (diluted from 34% earlier) post-transaction. 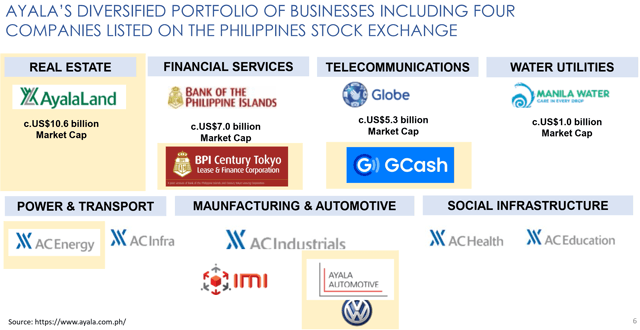 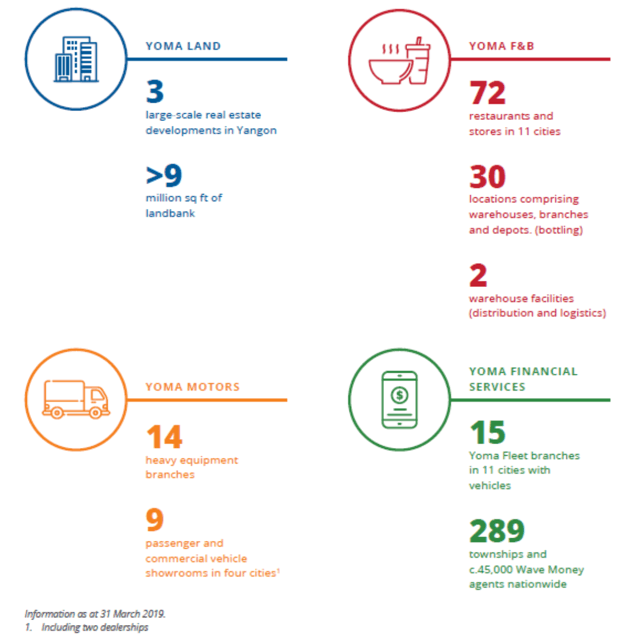 A Comparison Of Myanmar With The Philippines 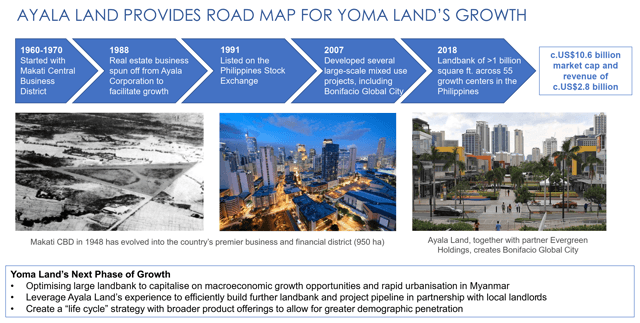 On the flip side, investors need to be aware that a strategic investor such as Ayala Corporation has a much longer investment horizon that most investors do, and it can extract synergies from its investment in Yoma Strategic via various collaborations unlike a minority shareholder.

At its investor call on November 18, 2019, Ayala Corporation cautioned that “it is not an overnight transaction for us and “we do recognize that there are risks involved”, but noted that “we have a long-term view to these assets.” Similar to many family-owned companies, Ayala Corporation could be taking a multi-generational view with respect to its investment in Yoma Strategic. This is because there is no certainty if and when Myanmar will catch up with Philippines or its Southeast Asian neighbors in terms of economic development (e.g., GDP per capita).

It is noteworthy that while Myanmar’s GDP growth is still among one of the fastest in Asia, the country’s growth has slowed down in recent years, as per the chart below.

Apart from Ayala Corporation’s strategic investment, the growth of Yoma Strategic’s fintech business Wave Money has been another key highlight for the company. Started in 2016, Wave Money is a pioneer in Myanmar as the first licensed mobile financial services provider. On its corporate website, it refers to itself as a company that provides “accessible, safe and convenient mobile financial services via a nationwide agent network (over-the-counter or OTC business) or via a wave account on your phone (digital or e-wallet business).”

Ayala Corporation also noted at the call that Yoma Strategic has “been able to operate Wave Money profitably because their model is taking the platform and using it as a remittance platform.” The majority of mobile payment companies are loss-making. Wave Money bucks the trend because it started as an over-the-counter, or OTC, business doing remittances (a more profitable mature business compared to the digital or e-wallet business, which is still scaling up), and the fact that there is limited competition from traditional banks (bank branch penetration is relatively low). 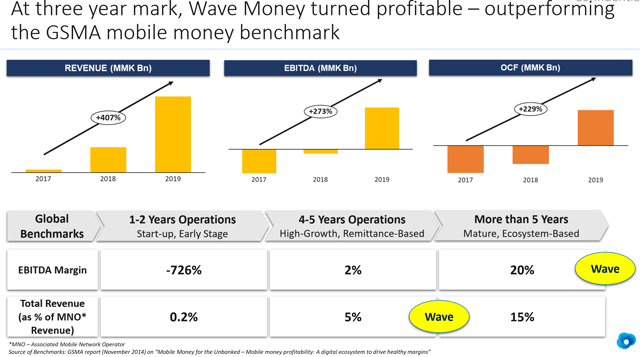 If and when the deal is completed, Yoma Strategic’s equity stake in Wave Money will be reduced from 44% to 29.5% (Yoma Strategic’s sister company Yoma Bank will own a 3.4% stake), while Ant Financial Services will have a 33% equity interest in Wave Money. In the announcement, Yoma Strategic noted that Wave Money “will leverage Ant Group’s experience building mobile payment platforms to enhance its digital competence, capabilities, user experience and service offerings.”

The key risk for Wave Money is that it does not grow its digital/e-wallet business fast enough in the next few years to offset the eventual slowdown in its OTC business’ growth. Wave Money has approximately 90% market share in the OTC market in Myanmar, and the mature OTC business is a key contributor to Wave Money’s profitability. But Yoma Strategic highlighted in its May 2020 investor presentation that it expects “the OTC business to continue at modest growth rates” once the inflection point in the chart below is reached.

READ ALSO  Cobalt Miners News For The Month Of October 2020

In Myanmar’s mobile wallet market, Wave Money’s major competitor is KBZPay, which is owned by a leading commercial bank in the country, KBZ Bank. Major digital payment platforms such as Alipay, WeChat Pay (TCEHY) and GrabPay (GRAB) currently don’t have a presence in Myanmar. Wave Money’s first-mover advantage and its 57,000-strong agent distribution network in the country are the company’s key strengths which allow it to fend off competitive threats. Nevertheless, given that Myanmar’s mobile market is still at the early stages of development, it is difficult to determine if Wave Money’s market leadership will be challenged in the future. 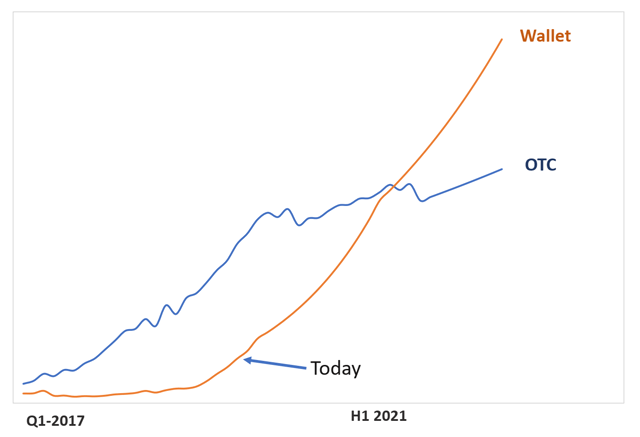 The key risk factors for Yoma Strategic include a failure to realize synergies with its new strategic investor Ayala Corporation, its fintech company Wave Money growing at a slower-than-expected pace in the future, and political & economic issues in its home market, Myanmar.

Note that readers who choose to trade in Yoma Strategic shares listed as ADRs on the OTCBB (rather than shares listed in Singapore) could potentially suffer from lower liquidity and wider bid/ask spreads.