Wirecard North America has been sold to US-based Syncapay, a holding company that specialises in payment solutions, in a transaction that marks another step towards the dismantling of the defunct German payments company.

Wirecard’s administrator, Michael Jaffé, announced the transaction, which is subject to approval by regulatory authorities, late on Thursday evening without disclosing the purchasing price.

The Pennsylvania-based card issuer was acquired by the German payments company from Citigroup in 2016 for €185m. This summer, it employed some 200 staff.

Wirecard North America, which will change its name to North Lane Technologies, is Syncapay’s second payments investment after daVinci Payments, which it acquired in 2017.

In June, Wirecard put its market value at €824m and had hoped to receive half of that sum in a fire sale, according to an internal document seen by the Financial Times.

Wirecard’s administrator was far less optimistic, though. In an assessment of the situation at Wirecard filed to the Munich court overseeing the administration, Mr Jaffé in August put the combined value of all of Wirecard’s subsidiaries at just €100m but added that a successful sales process could also result in higher proceeds.

When Wirecard collapsed into insolvency after disclosing that €1.9bn of corporate cash was missing, it was sitting on €3.2bn of debt.

Syncapay’s acquisition is backed by Centerbridge Partners, which will become a new shareholder in the group alongside the existing shareholders that include Bain Capital Ventures and Silversmith Capital Partners. 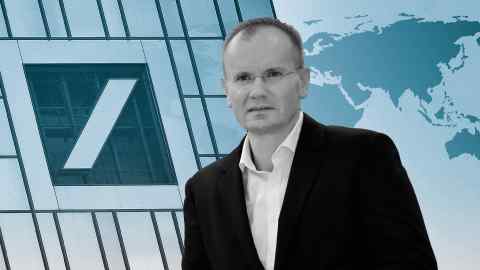 Mr Jaffé called the deal an “important milestone in our sales efforts in the best interest of the creditors of Wirecard AG”.