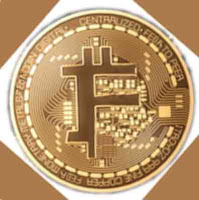 As I have pointed out before, the global crony crowd is going to use COVID-19 as cover to reset the economy and the world.

It now appears that a Federal Reserve digital currency may become part of the reset.

During a speech yesterday, Federal Reserve Bank of Cleveland President Loretta Mester said that different parts of the Fed are researching how the central bank could offer its own full electronic currency, and that these efforts have come under greater focus due to COVID-19.

“The demand for and use of such instruments need further consideration in order to evaluate whether such a central bank digital currency would allow for quicker and more ubiquitous payments in times of emergency and more generally,” she said. “A range of potential risks and policy issues surrounding central bank digital currency need to be better understood, and the costs and benefits evaluated.”

“Legislation has proposed that each American have an account at the Fed in which digital dollars could be deposited, as liabilities of the Federal Reserve Banks, which could be used for emergency payments. Other proposals would create a new payments instrument, digital cash, which would be just like the physical currency issued by central banks today, but in a digital form and, potentially, without the anonymity of physical currency,” she said.

Bottom line: A Federal Reserve digital currency is on the drawing board,

I don’t not believe most Americans understand how dangerous to liberty such a Fedcoin would be.

A total government digital currency economy would make all transactions traceable. The government would know where and how you are spending your money and from whom you are receiving money.

This adds the possibility that with a digital currency the government could very easily prevent the purchase and sale of some goods since it would know where digital money is being spent. The market is clever and may find some workaround at the edges but a government-controlled digital could very well lead to an authoritarianism that could not even be imagined by George Orwell.

It is not too soon to speak out loudly against a Fedcoin.