Why You Need to Start Your Christmas Shopping Now 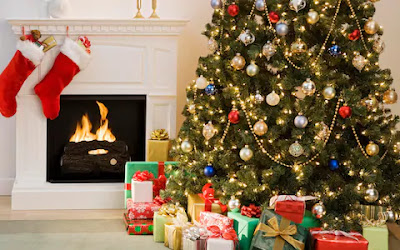 Retailers should have been reading the EPJ Daily Alert. It appears they are going to be short on product for sale.

There is plenty of money in the system–as in trillions of dollars more than last year as a result of mad Federal Reserve money printing. It will find its way into the consumer buying stream.

Retailers apparently had no idea.

“Newly compiled industry data show retailers slashed orders for merchandise at the height of the lockdown in the spring, only to be wrongfooted by unforeseen customer demand,” reports the Financial Times.

By the end of July, according to an analysis for theTimes by data provider Sentieo, 33 of the largest listed retailers in the United Staes held $119 billion worth of inventory, a decline of 9 percent from the same time a year earlier.

Retail executives typically place orders for the important holiday season — which includes Thanksgiving and Christmas — in the spring, but this year they feared sales would decline sharply for the rest of 2020. Even those who wanted merchandise faced logistical difficulties in securing supply as factories closed, notes the Times.

But consumer spending has recovered from an initial slump. The 33 companies tracked by Sentieo produced combined second-quarter sales of $292bn, almost 6 percent more than the same period in 2019.

“There’s a major inventory problem. It hasn’t got a huge amount of publicity yet, maybe because people [in the industry] don’t want to panic everybody,” said Craig Johnson, president of the Customer Growth Partners consultancy. “Everybody’s saying, ‘We’re going to get short for holiday unless we hustle up’.”

All the more reason I expect upward price pressure on goods that consumers want to buy.

The tight inventory levels should strengthen retailers’ pricing powers and stop them rushing to discount in the run-up to Christmas, Siegel said. “It likely means retailers will not have to promote as much as consumers might have been expecting

Do your Christmas shopping very early this year.