Who in hell, sir, do you think you are? 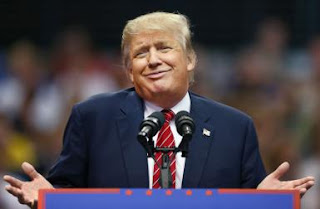 A Don Boudreaux open letter to, as he puts it, the Economic Ignoramus-In-Chief:

Attempting to justify that which is economically and ethically unjustifiable – namely, the punitive taxes that you impose on Americans who purchase imports from China – you (as reported by the Wall Street Journal) declared yesterday about the Chinese that “If they don’t want to trade with us anymore, that would be fine with me.”

Who in hell, sir, do you think you are? What gives you the moral authority to elevate your personal preferences over those of the millions of Americans who choose to trade with the Chinese? What gives you the right to deny to these fellow citizens the gains from trade that they obviously believe they enjoy as a result of such trading?

All of your huffing, puffing, and pontificating about trade reveal that your eye-popping economic ignorance is matched only by your monstrous arrogance in assuming that you and your sidekicks are entitled to override the peaceful commercial choices of others.

READ ALSO  We need to cut around 10 mln barrels per day of oil production, Russia is ready to act with US on oil markets - Putin