WHO chief says lack of global leadership has prolonged pandemic

The World Health Organization’s director-general, Tedros Adhanom Ghebreyesus, said a lack of leadership from global powers was prolonging the coronavirus pandemic as he called on the world’s biggest economies to “step up”.

“If you take the whole of the UN, it doesn’t work without global leadership by the countries themselves, especially the major powers,” Mr Tedros said, speaking at the FT’s Africa Summit on Monday.

Without explicitly criticising any nation, Mr Tedros said the UN’s role was to facilitate, but the power was still in the hands of member countries. “They should step up and lead, which is not the case in this pandemic, which is causing the pandemic to actually continue,” he added.

The Covid-19 health emergency has pushed the WHO into the global spotlight as it battles to co-ordinate an international response to the virus that has infected more than 37m people worldwide and killed more than 1m. But the pandemic has exposed some of the limits of multilateralism, as countries facing unprecedented social and economic disruption have in some cases resisted global initiatives to fight the virus.

At the most extreme, President Donald Trump in July announced that the US would withdraw from the WHO, after previously branding the organisation a puppet of China. Other countries have taken less drastic action but shown a reluctance to fully embrace WHO programmes, such as a global vaccine facility, preferring to first protect their national interests. In the initial stages of the pandemic, the WHO did not receive all the data it requested from China.

The challenge for the WHO is that its powers are limited. It has no authority to order member states to follow its instructions beyond weak provisions of its international health regulations and no power to order countries to grant international access to investigate the origin of outbreaks.

The WHO has launched an independent review of how it and others handled the crisis to examine whether the global health architecture is “fit for purpose”. But the way out of the pandemic was already clear, Mr Tedros said. 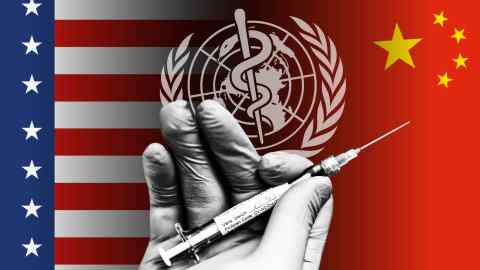 “We have proven in many countries that this pandemic can be controlled,” he said in an implicit rebuke to countries that have been slow to get a grip on the virus. Mr Tedros said that 10 countries accounted for 70 per cent of cases. Although he did not name them, these include the US, Brazil, India, Russia, Colombia and Spain.

“Many countries neighbouring China that we thought would be affected more have managed to control it,” he said, citing Japan, South Korea, Vietnam, Laos and Cambodia.

“If we can do these four [things], I think businesses can open and the economy can get back to normal,” he said.

A viable vaccine would help to accelerate this process, he said, estimating that one could be available by the end of the year.

Kristalina Georgieva, managing director of the IMF, also speaking at the FT Africa summit, joined Mr Tedros in calling for a multilateral approach. “We do have to act together, no question about it,” she said.

The IMF, she added, had some “ammunition” for Mr Tedros on the topic of international solidarity. “We are coming up with research that says if we provide vaccines and treatments universally, faster, there would be a boost of $9tn to the recovery effort.

“We are at the point when we have seen synchronised action paying off. We have to recognise that co-ordinated action, say co-ordinated stimulus, co-ordinated availability of vaccines is even more impactful.”