Mark Meadows, the White House chief of staff, has contracted Covid-19 just weeks after Donald Trump came down with the virus, which has claimed the lives of more than 236,000 Americans.

Mr Meadows, a former North Carolina congressman who is the fourth chief of staff to Mr Trump, was diagnosed with the virus on Wednesday, one day after the presidential election, according to a former senior White House official.

The diagnosis, first reported by Bloomberg, comes as Mr Trump is on the brink of losing the presidential race to Joe Biden, his Democratic challenger, who has a lead in Pennsylvania that most experts believe is sufficient to win the state and the election.

Mr Meadows joins a long list of White House officials who have contracted the virus in just over a month. The others include Hope Hicks, a top adviser to the president; Kayleigh McEnany, White House press secretary; and Marc Short, chief of staff to vice-president Mike Pence. Mr Trump’s wife Melania and son Barron also caught the disease.

On Tuesday, Mr Meadows joined hundreds of people who attended a post-election party in the White House. The White House declined to comment.

His diagnosis comes as the US faces a jump in coronavirus cases, with several new records set in recent days. The US reported more than 125,000 cases on Friday, marking the third successive daily record. 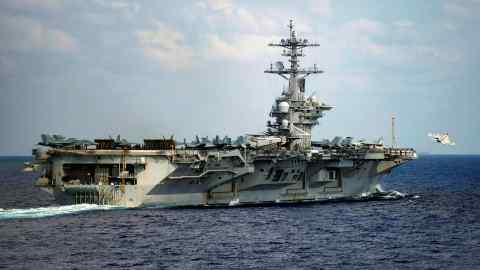 Mr Trump earlier this year said the virus would disappear like a “miracle”. While his handling of the pandemic did not have a big effect on his support among Republicans, experts said Tuesday’s election results showed his response to the disease hurt him with voters in US suburbs.

READ ALSO  Jean Pierre Mustier to step down from UniCredit

In a televised address on Friday evening, Mr Biden said coronavirus cases were “skyrocketing” and “getting significantly more worrisome all across the country”. Referring to a briefing he received from experts this week, he said the US “could see spikes as high as 200,000 cases in a single day”.

“I want everyone to know that on day one [in the White House], we are going to put our plan to control this virus into action,” Mr Biden said. “That can’t save any of the lives that have been lost, but it will save a lot of lives in the months ahead.”