Where the Heck is “Kitten Lopez?”

Kitten Lopez is of course not her real name.

She has been posting comments on WOLF STREET for years. Many of them were powerful, visceral, iconic laments, but also expressions of exuberance, sometimes switching back and forth in the same paragraph, and dripping with humor.

Kitten Lopez designed the “Nothing Goes to Heck in a Straight Line”  WOLF STREET beer mug. People who came to the WOLF STREET meetup in San Francisco last April have met her. And I posted some of her illustrations in the comments, including this: 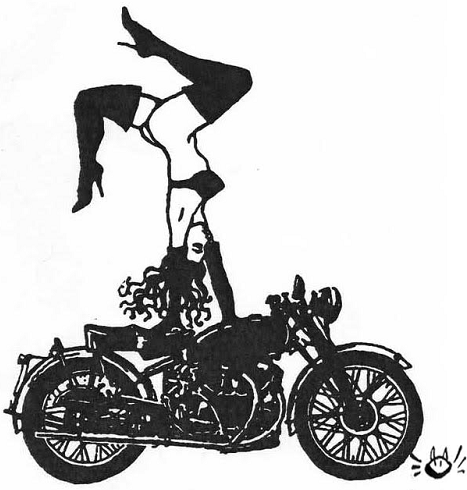 So who is Kitten Lopez and what happened to her?

She came out in real name, as the explosive writer and artist she is: Erika Lopez. She is the author of six books, including, “FLAMING IGUANAS: An Illustrated All-Girl Road Novel Thing,” published in 1997 by Simon & Schuster. The illustrations in the book are her own. Here is her author page on Amazon and her story as per Wikipedia (thank God I’m not on Wikipedia!).

And now she has posted an essay on her site, ErikaLopez.com. It’s a hilarious, acidic dive into Hollywood and human nature far beyond Hollywood. It’s full of surprising politically-incorrect-in-every-direction twists and turns.

In person, she comes across as the sweetest creature out there. Put a keyboard in front of her, and she explodes. This is the intro to her essay:

(In the late 1990s I was summoned to the Miramax offices in Manhattan regarding film rights for my novel, “Flaming Iguanas,” and was later in talks about an unpublished book project with the Weinstein Book Publishing Company, but I’ve never done business with the Weinsteins nor have I met either Weinstein. / I’m writing this simply because someone should.)

And what comes next in her essay, titled in the politically-most-incorrect-manner possible, In Defense of Harvey Weinstein, isn’t really about Weinstein. Instead, it’s one wild ride through human nature, the power of money, corporate power, aging, “Hollywood Princess Feminists,” women and men, famous people in and not in Hollywood, about “we regular schmucks,” and it’s deeply personal in her mix of anguish, exuberance, and humor. Are you ready — and sufficiently fortified — for that wild ride through human nature?