What’s it like to start a new business or change career as a global crisis strikes?

As the coronavirus pandemic took hold, anyone launching a new business or embarking on a significant career change collided head-on with a spectacular economic shock.

UK based co-founders Malcolm and Dessi Bell launched their fashion brand Saint and Sofia on January 1 after working on the concept for two years — supply chains had been intricately planned.

The couple, who met at the London School of Economics, previously ran Zaggora, an activewear brand — albeit not amid a global crisis. They kept a close eye on the news as coronavirus continued to spread and, after hearing from Italy-based friends, prepared the team for a potential lockdown.

The next job was to assess the likely impact. “What does the world look like when no one is going out?” asks Mr Bell. After doing some business modelling, the pair worked out that the company could operate for another 18 months on zero sales.

This meant no immediate job losses, “then we braced for impact”, he adds. In the first week of lockdown, sales fell 40 per cent. “We didn’t know which way we were going to go.”

But the downturn turned out to be far less severe than they anticipated. Sales swiftly recovered and are now 40 per cent higher than they were in the week before lockdown. They have also hired additional team members and brought forward some of their business development plans.

As the UK population started working from home, Saint and Sofia’s customers were on the lookout for more comfortable clothing. Ms Bell — in charge of operations — was able to adapt the company’s lean and agile supply chains to provide less tailored items and increase the volume of in-demand products.

Ms Bell says they have been lucky. While the company does have back-up suppliers “there haven’t been too many closures” creating big disruptions.

The biggest lesson for her is that “people really appreciate transparency in difficult times. Don’t sugarcoat it”. Customers have proved understanding if there have been delays and “there seems to be more compassion”, Ms Bell says.

Mr Bell adds: “Embracing change is going to be especially important over the next couple of years.”

Saint and Sofia’s experience so far is positive, given the unprecedented challenges some businesses are facing, particularly in other parts of the retail industry and in sectors such as hospitality and travel. According to the Enterprise Research Centre, a group of several leading universities, 21,000 more UK businesses collapsed in March than in the same month of 2019. The number of new companies also dropped dramatically, by 23 per cent.

In the US alone, unemployment in April rose sharply to 14.7 per cent, its highest level since the second world war. It has since rebounded to 10.2 per cent in July, but with such a heavy economic impact, those still in relatively secure employment could not be blamed for sticking with their current workplace. 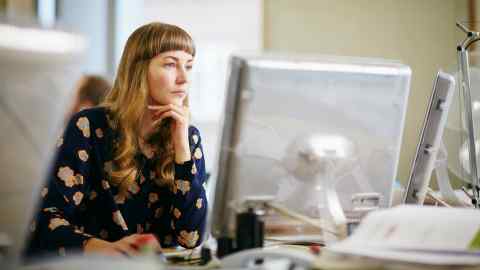 Oksana Stowe had other ideas. The venture capitalist not only decided to start a job with a new fund — Redrice Ventures — during the UK lockdown, but one with a consumer and retail focus.

The former investment banker who moved from True, a seed fund, is looking for entrepreneurs that she believes will lead in the disruption of a sector she “finds fascinating”.

There was “a happy intersection of events” that led to the job switch and she had already known the founder of the fund for a while.

But working remotely has demanded a new approach: with everything being done virtually, she has been forced to learn new skills to make up for losing the subtle cues that people pick up on when meeting face to face.

Ms Stowe says that a particular disadvantage is that the virtual rather than in-person meetings are exhausting. “You leave [them] having absolutely no idea — did it go well? Was it a disaster?” If someone doesn’t ask too many questions, for example, “you don’t know if it’s in their nature . . . or they just felt embarrassed to interrupt”.

One unexpected lesson is that “with less noise and speed there is a bit more room for reflection”, she says, while another is that the Redrice team “feels more connected . . . despite the overall sense of disconnection”.

Ms Stowe believes that the uncertainty facing anyone considering a change of job, or starting a new business, can actually bring its own opportunities. “If a change or a new beginning feels . . . right for you, I would say that being open to — or rather maybe willing to accept — all the unexpected opportunities is what will give you the strength to deal with the down moments of your choice or change, and ride the highs.”

South African MBA student Vera Argyle took such an opening and saw the pandemic as a chance to set up a social enterprise.

The 31-year-old, with a background in corporate finance, was preparing to complete her MBA at Oxford’s Saïd Business School and then get a job in impact investment. She had opted to do an international elective — “Doing Business in Africa” — based in Johannesburg. 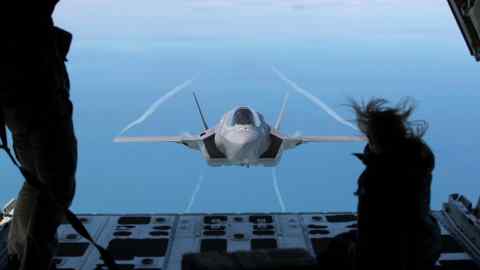 As the UK lockdown was announced the elective was cancelled, but she decided to go and stay with family rather than remain in her student accommodation. As she stepped on to the plane, South Africa announced its own lockdown.

She saw herself as risk averse and not really an entrepreneur, but in lockdown she pondered the country’s unemployment rate of about 30 per cent and knew people would be struggling to access food. With restaurants and schools closed, farmers were facing difficulties trying to move their produce.

So she teamed up with her sister and brother-in-law to set up Locked Fresh, a service delivering fresh produce — which has helped her develop her business skills.

Customers bought boxes of produce at a premium price and also bought ones to donate, but customers anywhere in the world could also buy donation boxes. “I didn’t expect it to grow so incredibly quickly.” So far, the business has helped shift 5,000kg of fruit and veg.

The process has been “quick and dirty”, Ms Argyle says. “There’s no time for perfection. You just need to get up and running.” Locked Fresh’s set-up costs were minimal — less than £30 — which, for her, meant “if you fail you don’t really lose anything”. She has also learnt that “you need repeat customers”, she says.

She is also now much more hands on. As an accountant — she spent six years at KPMG — she was used to being “in the office crunching the numbers”. Now she is having to manage produce, time the deliveries to make sure fresh food does not go off, keep customers happy with delivery dates and deal with any small crises, such as running out of boxes.

Going into impact investment as a career is still on the table, and she will be ready to answer the inevitable interview question: “What did you do during Covid-19?”

Meanwhile, the business is now providing donation boxes only, as Ms Argyle has returned to Oxford to finish her MBA and say goodbye to her friends. She is also now thinking about how Locked Fresh, born out of a crisis, will evolve.

Previous PostGold on its way to $4,000 but coronavirus vaccine & US election could change that course – analystsNext PostPandemic wrecks global Class of 2020′s hopes for first job