What Makes The Mexican Peso Important 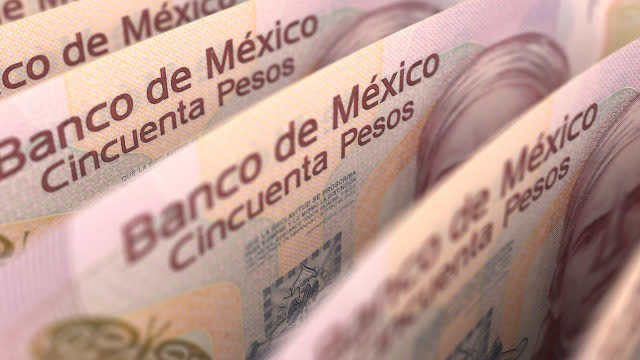 Mexico’s economy is highly sensitive to the U.S., which makes its currency one to watch in a volatile environment.

Ten years ago, it was among the top 10. This slide has more to do with the rise in popularity of other currencies than the falling importance of the Mexican peso. With that said, political uncertainty has also changed the market’s appetite for the peso and affected how much individual and institutional investors want to be exposed to the currency, but in time, that will change.

For Americans, the Mexican peso is important to watch and trade for a number of reasons. First and foremost, Mexico is a major trading partner of the U.S., many Americans have businesses and family in Mexico or travel to the country frequently. This makes many people living in the U.S. sensitive to the value of the peso.

The proximity of these two countries also makes it an easy destination for emerging market investment. So when economies are flourishing and global growth is rising, giving investors the confidence to take on risk and seek higher-yielding investments, Mexico becomes a particularly attractive destination, especially since it usually has higher interest rates than the U.S. 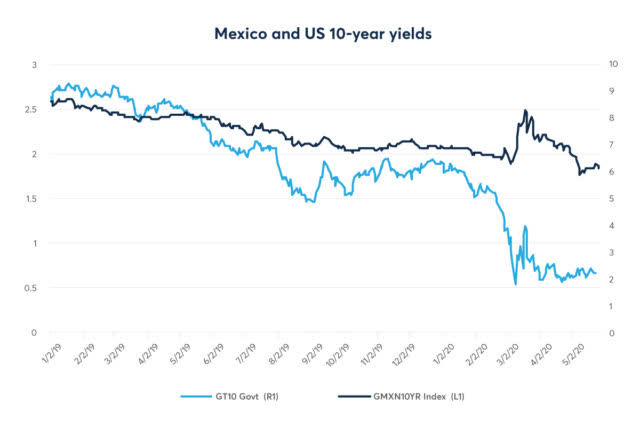 Lastly, the Mexican peso also has a strong correlation with oil prices. Since Mexico is a major producer of oil, the peso often rises and falls with crude prices. For traders, this correlation can allow for diversification or hedging opportunities.

For example, when oil prices fluctuated following the OPEC+ production cut in April, and you wanted specific exposure to oil without that risk, then the Mexico peso could have been an alternative. However, it is important to realize that if you hold peso and crude oil futures in the same direction, they will generally perform well together or weaken simultaneously as shown in the chart below. 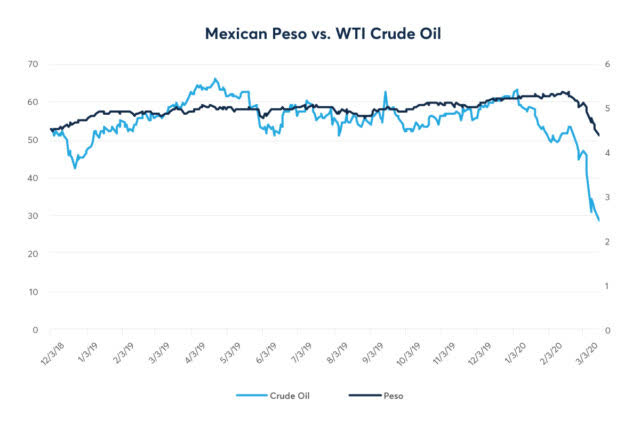 It is important for market watchers and traders alike to pay close attention to the Mexican peso. With its close link to the United States economy and global crude oil production, it can rise and fall on events taking place far outside of Mexico.