What is the Single Most Important Lesson a Person Can Learn From Economics? 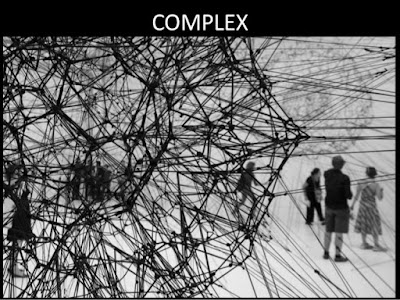 Thanks for your e-mail and congratulations on your graduation from high school.

You ask “what single lesson of economics” I’d impart to people of your generation if I could impart only one lesson.

Your question is challenging. There are so very many lessons from economics that ought to be more widely learned. Prices and wages set on markets are not arbitrary. There’s no such thing as a free lunch. Government officials are no better informed or motivated than are private citizens. Wealth, not poverty, has causes. This list is long.

But if I’m compelled to choose one lesson from economics above all it’s this one: Economic reality is inconceivably more complex than it appears to our senses and to our intellects. All economic phenomena that you’re cognizant of – the prices you paid for a bagel and orange juice; the incomes earned by your parents; the assortment of goods that you see in supermarkets; the gasoline pumped into your car’s fuel tank; your home’s flush toilets; pencils – each of these phenomena is a tiny tip of a colossal, churning, globe-spanning mountain of human choices and actions.

This ‘mountain’ is unobservable in its entirety. And we are too easily blinded to the economy’s massiveness and complexity by the words, categories, and statistics that we’re stuck with using to describe it. It’s easy, for example, to say “the health-care industry” and then to collect data – prescription-drug prices, nurses’ wages, hospitalization rates, etc. – that convey the impression that we are thereby grasping the full complexity of all the human activities that affect the provision of medical care. We then get the utterly false impression and fatal conceit that we can consciously engineer economic reality more to our liking by manipulating the phenomena that we observe or for which we have statistical measurements.

Politicians, pundits, and professors are forever offering up schemes that would makes sense only if economic reality were categorically different – only if it were fundamentally simpler – than what it really is. Admitting ignorance of the vast details of this complexity and thus humbly accepting perceived deviations from imagined states of perfection strikes many people (wrongly) as unscientific. Worse, any such admission practically guarantees defeat for those seeking political office. It also is no formula that causes one to be summoned to advise those who occupy seats of power.

You are 18 years old. You were born into an astonishingly wonderful world – a world whose wonders would be impossible – not unlikely, not improbable, but literally impossible – without the undesigned and unplanned economic complexity that daily keeps your belly full, your clothes clean, your body bathed, and your lights and wi-fi on. Over the next seven or eight decades of your likely lifespan you’ll encounter countless schemes for using government power to improve economic reality, almost all of which ignore economic complexity. Please exercise great skepticism when evaluating these schemes.

Much good luck to you.