“What Have We Done?”; What is the Coronavirus Response Act Really About? 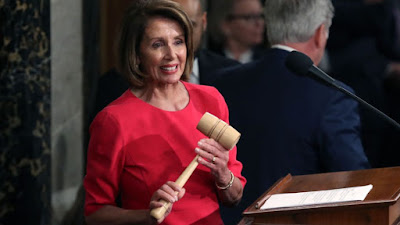 The old Rahm Emanuel comment “never let a serious crisis go to waste” has been bandied about a lot during the current COVID-19 panic. Most of the time, it has been used in a way that doesn’t apply, but one place you always have to keep an eye on is congress and that is certainly the case with the current COVID-19 period.

Everything surrounding the legislation suggests a crony operation that will do nothing but benefit those close to power centers.

I am not in favor of any government actions to deal with COVID-19, or for that matter anything else (SEE: Foundations of Private Property Society Theory: Anarchism for the Civilized Person), but it is instructive to understand the rudiments of what is going on in this Act.

Congressman Louie Gohmert (TX-01) has put out a press release discussing many of the shady things going on around the Act and why he voted against the legislation. The full press release is below along with keypoints highlighted by me.

“In the wee hours of Saturday morning, the U.S. House of Representatives voted on a bill to address economic issues that the Coronavirus may cause. There is so much we do not know about what this pandemic will do, but I am extremely grateful to our President for his unwavering, steadfast efforts to tackle this pandemic head on. There was a great deal more money in the original bill this week going to things that had nothing to do with our Coronavirus national emergency – including a provision that provided for federally funded abortions.

Our President stood firm on things that needed to be in there and to take out things that did not. As a good leader does, he left the specific language of the bill to the so-called experts in Congress. However, the actual wording is too often done by staff members who have never run a business, filed a quarterly tax report, or ever had to cut expenses to stay in business.

As a judge, I was often frustrated by careless wording of a statute which initially looked all right until there was a controversy. Without business experience, staffers worded laws without a thorough review and revision, so damages were created that no federal, state or local government could ever make whole again. When I ran for Congress, I was determined that, if elected, I was going to try to see that we did not vote for such careless wording that have real consequences to real people.

Then on arriving in Congress, it was appalling how often on very critical bills, the main concern was getting something done so we could say we passed a bill, rather than spending the time necessary to protect people and their businesses with carefully considered and constructed legislation.

I was proud of the work the President did negotiating, especially calling the Speaker’s bluff when she demanded a vote on Thursday because she was going to leave and not be there on Friday. Then she said she would not be here on Saturday, so we had to vote right away to pass a bill before we knew what was in it. But with this bill, President Trump made clear that he did not want to destroy small businesses in our effort to help those who could not help themselves in this crisis.

As the bill kept changing, we were having trouble getting copies of the latest version. I was reading the version I got around 9 pm Friday or shortly thereafter. I had noted some concerns in that version that might do more harm than good. The Rules Committee that has to vote on the rules to bring the final bill to the floor had to recess to await the language of that final bill. But they never got the bill or had a hearing on it.

It is also important to understand that when a bill is drafted, it normally has many pages of striking certain language and substituting other language, or adding additional language, or sometimes just deleting words or provisions of a current law. In order to truly understand the effect of a new bill like the one last night, one really needs to look at the underlying laws being changed and read them with the new language added and old words deleted. The language of the new law is not present in the bill, only the changes that are being made to the original law. There was no time for any of that careful review for the bill last night.

Final text of the bill was publicly released at apparently 11:57 pm. The new bill was 110 pages, while the 9 pm version was 108 pages. I did not even have time to do a side-by-side to see what was different.

An example of concerns, this caught by Congressman Dan Bishop, is that it looks like a worker will be worse off under this bill by getting paid up to 10 weeks of wages at the bill’s mandated 2/3’s rate as “public health emergency leave” instead of receiving workers compensation because workers comp is non-taxable though employer paid leave is taxable. That provision hurts the worker. Another issue that may tell you who did the lobbying is that the sick leave and public health emergency leave mandated in the bill will largely substitute for workers compensation payments which would result in the payments being shifted away from the workers compensation insurance company and now be borne by the small business owner. We will find more of these problems as people now have time to see what we have done.

I did know that the exemption language for businesses on the bottom of page 28 said: “Section 101(4)(A)(i) shall be applied by substituting ‘fewer than 500 employees’ for ‘50 or more employees for each working day during each of 20 or more calendar workweeks in the current or preceding calendar year’ ” had moved to the top of page 29.  That is the manner in which most of the bill spoke.

That language, like most of the bill, really needed to be examined in context with existing law, but we, as elected officials, were not afforded the time to see what this language would do.  Apparently, we will leave that to some judge like I used to be to figure it out. But that will only come after some government bureaucrats use their own interpretation that could cause massive damages sufficient to cause a lawsuit, or that causes an affected business to go out of business.

House Rules would have required that the bill go through the Appropriations Committee, Ways & Means Committee then to the Rules Committee for examination by the Members of the Committees of Jurisdiction, holding hearings by each with an opportunity to amend mistakes. However, this is a crisis so some rules may have needed to be bypassed. We had already appropriated the billions of dollars needed to cover vaccines, medications, and medical care last week, so this was to address economic damages from the Coronavirus. The President has access to around $50 billion by virtue of his “National Emergency” declaration.  I did not understand why we had to shove this through in the wee hours of a Friday night/Saturday morning when the Senate won’t even return to start looking at this until Monday.

This newest bill adds billions of dollars to our deficit. We just needed to make sure we did not make our economic problems bigger. It might have been worth spending another 12 to 24 hours to make sure we did not do something to destroy small businesses that took lifetimes or even generations to build up. After all, a majority of employees and new jobs in America are in small businesses, although that has slipped with the Congress giving big banks and big businesses the means to drive out small banks and businesses, despite the intentions of most of Congress.

There were a number of things that concerned me as I read through this bill. For example, if you had a business and wanted to go above and beyond any requirements for paid family leave for your employees that was even more than the two weeks paid family leave the bill required, you got punished by having to add another 14 days onto the days you already provided. That doesn’t make sense.

If you have not provided any paid family leave days, you only have to meet the new 14-day requirement. If that were the only concern, I might have had to vote for it anyway. Sure I get it that the requirement that 72 hours must be provided between the time a bill is filed and the time we vote on it must sometimes be ignored, but that 72 hours here might really make a difference in minimizing damage that Congress causes in these fraudulent cliff hanger situations. The President had time and as I stated earlier, the Senate will not return to look at this bill until Monday. What’s the rush?

We should have taken the time. This crucial bill was not even given the normal amount of time to debate it on the House floor. I rushed over to the floor hoping to get some questions answered during debate, or at least before we voted, but there was no time for answering all the questions or even properly examining the bill after it was filed. Just vote and be on our way. We voted, and I truly had wanted to vote yes, but could not for a bill that created so many concerns without time to examine whether some of our language did more harm than good.

The bill does raise a new question: with the new requirements for businesses we were not able to adequately consider, will the government pay for people’s sick leave, family leave and vacation time after the business goes bankrupt and has to shut down and can no longer pay anyone for anything? I am very concerned that yet again, the drafters listened to the biggest businesses and may have helped them drive the little guys out of business.

We have seen all of this before as Nancy Pelosi always wants us to pass bills to find out what’s in them. They wrote it, and we didn’t even have the language but for a very short time before we voted on it in the wee hours of Saturday morning. I trust our President, but I do not trust this Speaker at all. I have already been to this rodeo too many times.

Unfortunately, now that it has passed the House, we will find out what this bill actually does. Hopefully, the Senate will take the time to clean up the damage our bill caused and not just rubber stamp it, so I can vote for the bill that they send back to the House. Unfortunately, there are editors and commentators who are more concerned with appearances or “just doing something even if it is wrong” who will condemn my trying to push the House to do the RIGHT thing instead of ANYthing.”