What a Horror: Facebook’s Libra “Currency” to Launch Next Year 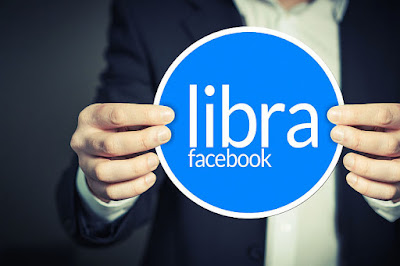 The long-awaited Facebook-led digital currency Libra is preparing to launch as early as January, reports the Financial Times.

Libra’s exact launch date will depend on when the project receives approval to operate as a payments service from the Swiss Financial Market Supervisory Authority, but could come as early as January, according to the paper.

“I can see the new Libra working as an ordinary, regulated payments processor — PayPal, but it’s Facebook.” David Gerard, a historian of digital currencies and author of Attack of the 50-foot Blockchain, has said.

Of note, Libra isn’t actually a single digital currency. It plans to launch a series of different digital coins, each backed by a different government currency one for one. It will also build a Libra coin that is a “digital composite” of some of those coins, which will be available for cross-border transactions and in countries with no digital currency.

Its coins will fluctuate according to what is happening in the markets for physical currencies.

In other words, it is less a new “currency” and more several electronic warehouse receipts for different currencies and one for a basket of currencies but with a serious kicker. It will be easy to monitor spending and other activities and actually prevent some transactions.

Dante Disparte, Libra vice-chairman, told the Financial Times that the coin’s digital nature might even make it easier to monitor than a physical currency. “There are certain things you could do with a blockchain payment system [like Libra’s] that you cannot with alternatives, such as geofencing politically sanctioned countries, blocking suspicious addresses, identifying suspicious activity in [close to] real time,” he said.

This means that perhaps down the road, it will have the potential and  may block anti-“social justice” spending or politically incorrect spending.