WeWork burns through another half a billion dollars in Q3

WeWork burnt through another $517m in its latest quarter, cutting into the lossmaking office space provider’s cash pile as the coronavirus pandemic continued to weigh on the real estate industry.

The company said outflows in the third quarter reduced its cash cushion — cash in hand plus commitments from its biggest backer SoftBank — to $3.6bn, according to an email from Sandeep Mathrani, chief executive, to employees on Thursday. That was down from $4.1bn the quarter before.

The cash burn has garnered keen investor interest as one of the best gauges of WeWork’s ability to outlast the pandemic. The company, which last year scrapped its initial public offering after lacklustre investor interest, has burnt through $1.7bn of cash since the start of the year, including $671m in the second quarter.

Marcelo Claure, the SoftBank executive who took over as WeWork executive chairman in the midst of its turmoil last year, said in July that the office space lessor would generate positive free cash flow next year.

That has remained the bar for Mr Mathrani even as demand for office space has fallen in cities across the globe this year. WeWork has suffered tenant losses as many businesses adopted work-from-home policies.

Sales continued to slow, falling 13 per cent in the three months to the end of September from the same period last year. The company reported an 11 per cent drop in members over the course of the quarter, to 542,000. WeWork did not disclose its profit or loss in the quarter. 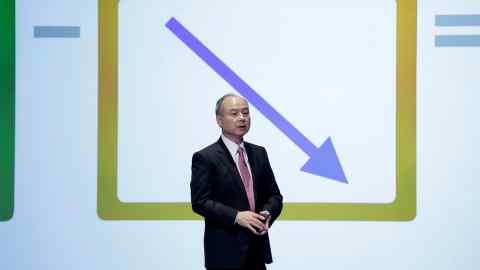 To cut costs, WeWork has laid off thousands of employees and closed underperforming buildings. It has also sold assets, including women-focused office space provider The Wing and online scheduling business Teem.

Mr Mathrani told employees that WeWork had signed agreements to exit 66 of its properties and had renegotiated the leases on more than 150 other buildings, together accounting for about a quarter of its 859 global locations.

“While Covid continues to present unique and uncertain challenges that we must actively manage, our results this quarter show signs of select key metrics stabilising,” Mr Mathrani wrote.