In 1768, Russian empress Catherine the Great volunteered to be inoculated against smallpox in an effort to show her subjects that the emerging medical technique was safe.

It was with a similar aim in mind that President Vladimir Putin revealed on Tuesday that his daughter had been part of human trials for Russia’s Covid-19 vaccine, Sputnik V.

That detail came as Mr Putin announced that Russia had granted the vaccine regulatory approval for public use, beating every other country to the milestone.

There is just one catch: the drug is still in the testing phase. In a few weeks, thousands of Russians will start being vaccinated with what is in effect still an experiment.

Over the past decade, western trust in Russia has plunged

Predictably, the western response was less than congratulatory. Jens Spahn, Germany’s health minister, said he was “very sceptical” of such a “dangerous” decision, while his US counterpart, Alex Azar, sniffed: “It is not a race to be first.”

Evidently the Kremlin disagrees with Mr Azar. It is no coincidence that the vaccine was named after the Soviet satellite that won the cold war space race by beating the US into orbit.

Ultimately, Moscow’s attitude is that if the vaccine works, who cares that it broke the rules to get it out before everyone else?

Criticism of Moscow’s rushed approval is justified. While researchers in the US, UK and China working on rival vaccines are also bending long-established regulations to speed up their work, Russia has torn them up completely. The vaccine had yet to begin phase three clinical trials — a critical benchmark that often sees drugs tested on thousands of people for more than a year.

Injecting it into the president’s daughter (whose sole side-effect was a mild, day-long fever, we were told) makes for a good headline, but is no substitute for months of randomised, real-world trials on thousands of people of various ages and medical conditions.

A rushed rollout of an ineffective — or worse, unsafe — vaccine, experts argue, would be a major setback to global efforts for mass immunisation and could prolong the pandemic.

But disbelief that Russian researchers are capable of outdoing western drug companies may be rooted more in geopolitics than science. While Russia is not a pharmaceutical powerhouse and is a net importer of medicines, Moscow’s Gamalaya Research Institute of Epidemiology and Microbiology, which developed the vaccine, has worked with adenoviruses since the 1980s, and based Sputnik V on its own internationally approved Ebola vaccine.

Over the past decade, western trust in Russia has plunged. Factual evidence of Russian meddling in the US election, involvement in the assassination attempt on double agent Sergei Skripal or the downing of Malaysia Airlines flight MH17 has all been blithely denied by Moscow.

Those denials have eroded trust in the word of the Kremlin. Most Russian initiatives are met with suspicion in the west. When Moscow sent medical teams to help Italy fight the pandemic in March, some analysts warned it was a nefarious mission to steal defence secrets. A Russian donation to New York of ventilators caused a diplomatic headache. 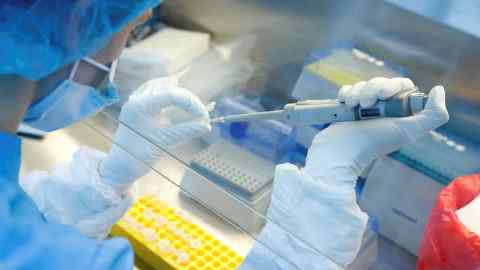 The vaccine will undoubtedly join that list. Kirill Dmitriev, who as head of Russia’s sovereign wealth fund paid for Sputnik V’s development, admitted as much, telling the FT last month that he saw “a concerted [western] effort to stop anything that is Russian”.

That may just mean there is more of the vaccine to go around elsewhere. The leaders of Serbia and the Philippines have already said they will use it, while the United Arab Emirates, Saudi Arabia, Brazil and Mexico have agreed to run trials. Mr Dmitriev said 20 countries wanted 1bn doses.

Catherine the Great arranged for a group of horses to whisk her Scottish doctor away to safety in case she died from the inoculation, which took place three decades before Edward Jenner invented the far safer cowpox vaccine.

When asked by local media about how it felt to inject Mr Putin’s daughter with an experimental drug, the director of the Gamalaya Institute claimed ignorance. “She was a volunteer,” he said. “I guess I didn’t see her passport.”