The Polisario Front, the organisation seeking independence for the disputed territory of Western Sahara, said this weekend it had launched attacks on Moroccan forces after ending a 30-year ceasefire.

The rebel group, which is backed by neighbouring Algeria, said on Saturday that “attacks of the Sahrawi People’s Liberation Army units continue against various hiding places of the Moroccan enemy along its positions in the occupied parts of the Sahrawi territory, causing loss of lives and equipments and disrupting its military plans”.

Western Sahara, an arid and sparsely populated strip of land, has been under Moroccan control since 1975, when Spain, the occupying power, pulled out its forces.

Since then the Polisario front has sought independence while the UN has been trying to organise a referendum on self-determination. The reawakening of tensions in the long-frozen conflict could add to instability in the region, with Libya still embroiled in a drawn-out war and Mali battling a jihadist insurgency.

The announcement came shortly after Brahim Ghali, the leader of Polisario, declared that his group had ended its commitment to the ceasefire. He accused Morocco of breaching its terms by attacking civilians protesting peacefully in a remote buffer region near the Guerguerat border post in the far south-west of the disputed territory close to Mauritania.

António Guterres, secretary-general of the UN said on Friday that he had launched multiple initiatives to avoid an escalation in the Guerguerat buffer strip but his efforts had failed. He warned “against violations of the ceasefire and the serious consequences of any changes to the status quo”.

READ ALSO  A Refinery Crisis Is Brewing In Oil Markets

Morocco has not confirmed any attacks on its forces and MAP, its official news agency, said on Saturday night that the Guerguerat border post had reopened to traffic in both directions. The road connects the disputed territory to Mauritania.

Some 180,000 Sahrawi refugees live in camps in southwestern Algeria, where Polisario also set up the government in exile of its self-proclaimed Sahrawi Arab Democratic Republic.

The UN has a permanent mission in Western Sahara which has been monitoring the ceasefire between Morocco and Polisario agreed in 1991 to end a 16-year war in which 9000 people were killed and thousands of others fled to Algeria. 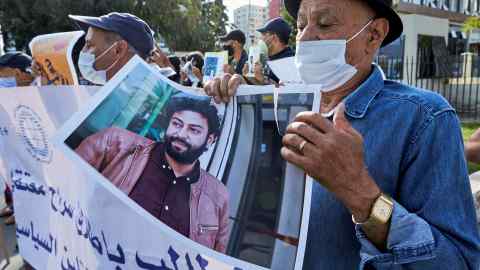 A UN-organised self-determination referendum that is supposed to settle the status of Western Sahara as either part of Morocco or an independent territory has been repeatedly postponed because the two sides have failed to agree on who is eligible to vote — a key question for determining the outcome.

Polisario said the latest tensions were sparked off by peaceful civilian protests in the Guerguerat strip against the “ illegal road” to Mauritania built by Morocco through the buffer zone. Reuters reports that Moroccan troops entered on Friday the area to open up the road after Polisario supporters backed by armed fighters had blocked it.

The news agency cites an unnamed diplomat who said on Friday that heavy weapons fire was audible near the buffer zone from the direction of the Moroccan military build-up. Polisario has not reported any casualties.