We May Be Heading Towards a Post-Dollar World 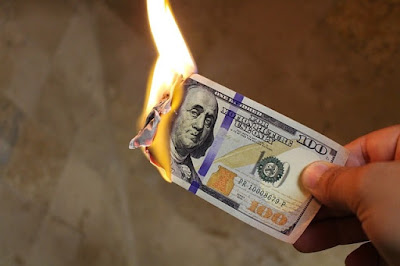 Financial Times columnist Rana Foroohar lists a number of reasons the world may move away from the U.S. dollar:

It’s telling that China has been a big buyer of gold recently, as a hedge against the value of its dollar holdings. It is also testing its own digital currency regime, the e-RMB, becoming the first sovereign nation to roll out a central bank-backed cryptocurrency. One can imagine that would be easy to deploy throughout the orbit of China’s Belt and Road Initiative, as an attractive alternative for countries and businesses that want to trade with one another without having to use dollars to hedge exchange-rate risk.
This alone should not pose a challenge to the supremacy of the greenback, although it was enough to prompt former US Treasury secretary Hank Paulson, a man who does not comment lightly, to write a recent essay surveying the future of the dollar. But it isn’t happening in a vacuum.

The European Commission’s plan to bolster its recovery budget for Covid-19 bailouts by issuing debt that will be repaid by EU-wide taxes could become the basis of a true fiscal union and, ultimately, a United States of Europe. If it does, then I can imagine a lot more people might want to hold more euros.

I can also imagine a continued weakening of ties between the US and Saudi Arabia, which might in turn undermine the dollar. Among the many reasons for central banks and global investors to hold US dollars, a key one is that oil is priced in dollars. Continuing Saudi actions to undermine US shale put a rift in the relationship between the administration of US president Donald Trump and Riyadh. It is unlikely that a future President Biden, who would probably follow Barack Obama’s pro-Iran stance, would repair it.

Even with oil prices this low, Dallas Fed president Robert Kaplan recently told me that energy independence remains “strategically important” to the US and that “there will still be a substantial production of shale in the US in the future”. Who will fill the Saudi void, then? Very probably China, which will want oil to be priced in renminbi. A decoupling world may be one that requires fewer dollars.

Finally, there are questions about the way in which the Fed’s unofficial backstopping of US government spending in the wake of the pandemic has politicised the money supply. The issue here isn’t really a risk of Weimar Republic-style inflation, at least not any time soon. It’s more about trust. Some people will argue that the dollar is a global currency and that its fortunes do not really depend on perceptions of the US itself. Certainly, events of the past few years would support that view.

But there may be a limit to that disconnection. The US can get away with quite a lot economically as long it remains politically credible, but less so if it isn’t.

Foroohar makes sound points across the board, however, I would put more emphasis on Federal Reserve actions since the start of the COVID-19 lockdown related panic.

It is true that some newly printed Fed money was used to provide liquidity for global dollar demand, but much money was provided to the domestic economy from business bailouts to $600 per week checks to the unemployed.

This is providing a massive amount of new dollars to bid for goods and services in the U.S. that suggests very strong price inflation ahead. In addition, these dollars, in addition to the dollars directly provided overseas, will also put downward pressure on the greenback on foreign exchange markets that will provide even more incentive for many global actors to ditch the dollar as the reserve currency. If the move away from the dollar picks up steam, the end of the dollar as a reserve currency may not be far behind.