VolitionRx (VNRX) is an epigenetics company engaged in the development of blood tests primarily for the detection of cancer. The company has just began commercialization of its flagship product, Nu.Q, for detecting cancer in dogs and is in various stages of development in applying the same science for COVID-19 testing and human cancer tests. In total the company has 58 patents and 97 patents pending.

Volition tests are noteworthy because they: 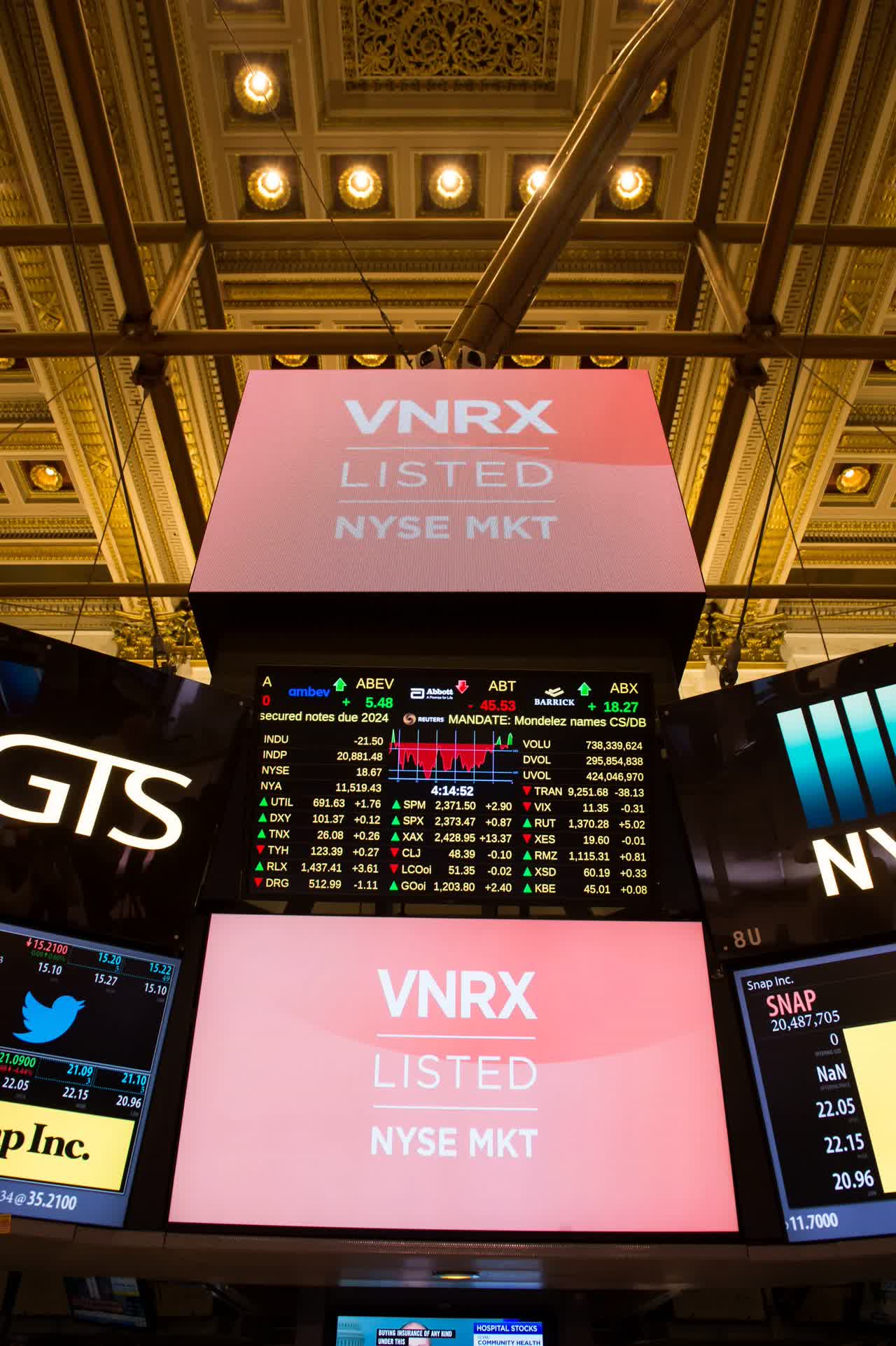 There is no other product available on the market for testing cancer in dogs despite cancer being the leading cause of death for dogs over ten years old and is treatable 50% of the time with early detection. Volition is filling the void with Nu.Q cancer test for dogs. The company is marketing the product to veterinarians who can add the test as part of their annual check-up routine. According to a PowerPoint presentation on Volition’s website, there are 20 million dogs in the U.S. aged 7 years old or older of which 75% have an annual vet check-up.

Testing will be conducted at the Texas A&M University GI Lab with other locations to be added later not only across the U.S. but on a global basis. The tests will be sold by veterinarians at $160 to $200 with Volition earning $45 per test with an 85% gross margin on revenues that could reach over $100 million with just 10% penetration of the U.S. older dog market and 1% penetration of the younger dog market.

There is a total of 57 million dogs in the U.S. that are less than 7 years old. Capturing just a small portion of this market (1% = $22.5 m) results in over $100 million annual revenue in the U.S. alone. President and CEO Cameron Reynolds said at the 2020 Q3 earnings call:

It may also be a complimentary test for younger dogs at high risk for developing cancer in their lifetimes, such as Bernese Mountain dogs, Golden Retrievers, Rottweilers, Beagles, Boxers, West Highland White Terriers and Shetland Sheepdogs.

Also revealed at the earnings call was that the company has begun preliminary work to establish sales in Asia with Europe soon to follow which increases the TAM to several billion dollars.

We’ve already started to work in Asia. Dr. Clay has contacted some groups there. So we would expect to get some sales in the first half of the year in Asia as well, and then we’ll of course, we’ve got a sales person starting in December 01 in Europe. 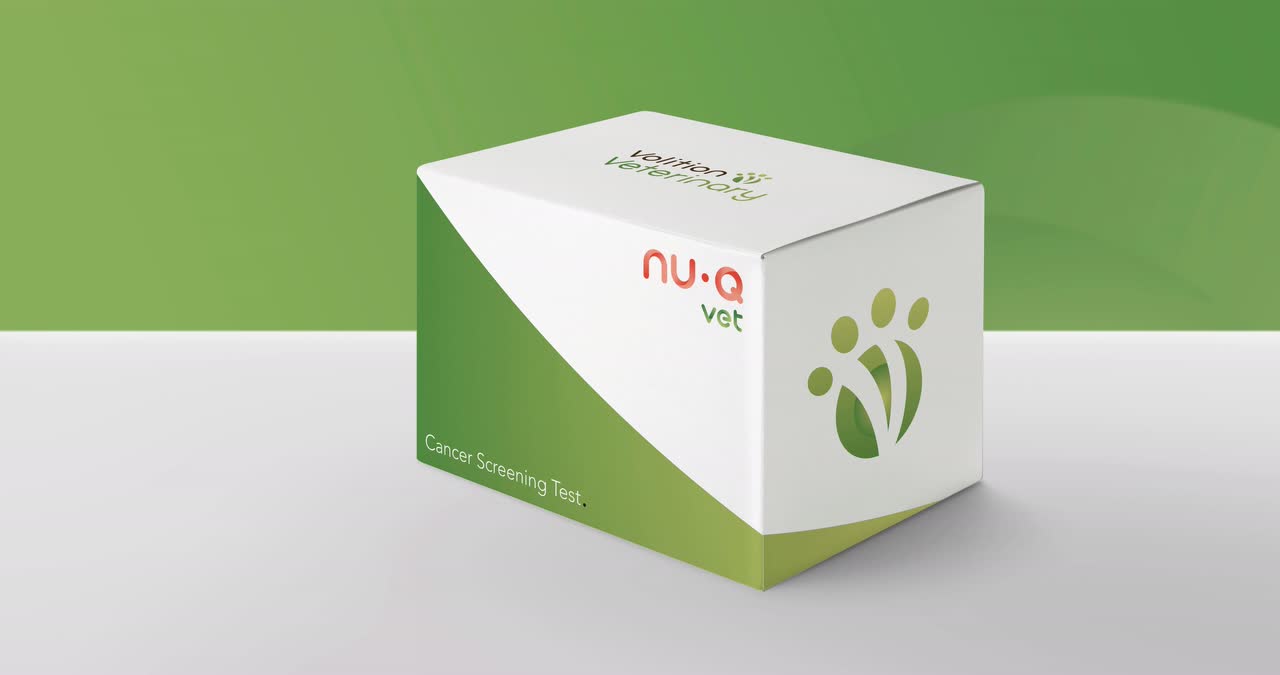 Non-Hodgkin’s Lymphoma (“NHL”) is one of the most common cancers found in the U.S. Volition believes that their Nu.Q technology can serve as a tool for diagnosis and treatment for NHL and has contracted Diagnostic Oncology to conduct clinical trials in the U.S. The study will involve 1500 subjects at 10 U.S. institutions and last almost two years. The study involves five major types of NHL. Management expects to submit FDA 510(k) application for the most common type before the end of 2021.

Management believes that their Nu.Q technology can be applied in Neutrophil Extracellular Traps (“NETs”), particularly in monitoring the progression of COVID-19. NETs are the body’s first line of defense against pathogens. Tests have revealed that nucleosomes were highly elevated in severe COVID-19 patients, and were highest in those requiring mechanical ventilation. Key expected future developments include: 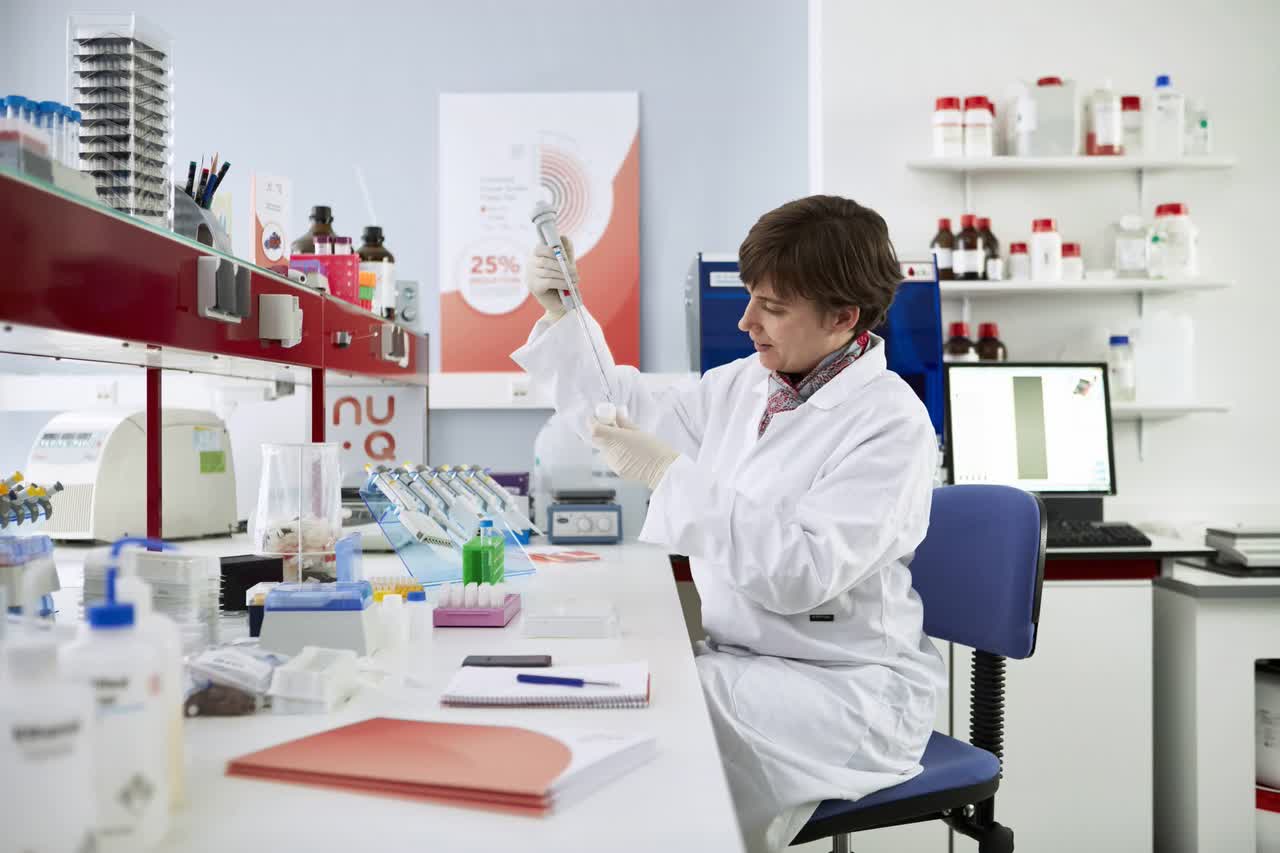 Insiders own about 10% of the shares with the largest shareholder being Chairman of the Board Martin Charles Faulkes at 4%, Board member Guy Archibald Innes at 3% and CEO Cameron John Reynolds owning 2%. Institutions own 42% of the funds.

The largest shareholder, Cotterford Co. with a 29% position, has filed as an activist and has attempted to replace the management team, claiming that

Volition has consistently failed to deliver on its promises, not least because of its refusal to articulate a clear path to commercialization, with tangible interim milestones, which has led to a culture of unaccountability. Adding insult to injury, when the Company has conveyed targets, it has repeatedly missed the mark.

A review of the current management team seems to indicate a well qualified team with extensive applicable backgrounds. I won’t list the entire team here. A full listing is available on the company website.

Executive Chairman Martin C. Faulkes has led five different companies and was a founder of Logica, a global consultancy company.

CFO David Vanston has 20 years experience as a financial executive including prior experience with an early stage company, Excorp Medical.

Chief Scientific Officer Jake Micallef developed health and cancer diagnostic products for the World Health Organization and was a founder of a non-profit company, Immunometrics, for marketing and distribution of these products.

Volition has been predominantly a research stage company having compiled losses of over $100 million and is on a course to burn $20 million annually. It is now entering commercial stage. The company will need to draw from their $25 million ATM if it doesn’t scale sufficiently to cover the cash burn in 2021.

Management provided no guidance on how fast it will attempt to capture the addressable market, so I will avoid setting a time frame as well, but looking at the numbers presented above on capturing market share, which were taken from the investor presentation as well as the recent earnings call, would result in an EV/Sales ratio of just 1X (137/100).

If the company achieves commercial success, the share price will rerate at a higher EV/S ratio and maybe even go parabolic if there is success in the human cancer trials and/or the COVID-19 test which every analyst offering coverage has taken consideration of and set price targets much higher than the current market price.

You would expect that a company introducing a product to fill a large market void with numerous other potentially positive outcomes forecast for the near future would have an uptrending chart. Due to a history of frustrating investors the stock price has been stuck in a trading range.

Shareholder confusion has resulted from the company seemingly changing direction often which has been interpreted as pivots from the failure of a previous strategy. It seems that management continued to find new applications from the same core technology and their enthusiasm was not enough to satisfy shareholders’ patience. I outlined above key developments with specific target dates provided by management for the next year. Management will have to meet those targets in order to mitigate the unrest.

There has been a rising short position which indicates that the market is betting that Volition will not be successful or perhaps its long positions hedging their bets.

Frustrated shareholders are very common in development stage microcaps particularly when they believe that the management team has not delivered on promises. This is a difficult line to walk for the management team because while the company is in development stage they must do capital raises to survive. Management needs to paint a profitable outcome but at the same time present and deliver on a realistic timeline in order to not frustrate shareholders. The present management team has vast experience in managing companies and product introduction on a global basis. Hopefully, the activism will result in accurate projections and delivery of a clear path to profitability.

At this juncture, we have a company commercially introducing a product with a huge addressable market with no direct competition. Should the company experience early success, the market will rerate the stock at higher valuation metrics.

Disclosure: I am/we are long VNRX. I wrote this article myself, and it expresses my own opinions. I am not receiving compensation for it (other than from Seeking Alpha). I have no business relationship with any company whose stock is mentioned in this article.

Previous PostRabobank: Some Of These Cases Could Potentially Get To The Supreme CourtNext PostChina’s Second Biggest Smartphone Maker Tumbles Most Ever After Record Equity Offering