Vitol, the world’s biggest independent oil trader, has admitted bribing officials in Brazil, Ecuador and Mexico across 15 years as part of a $135m settlement with US and Brazilian authorities.

The settlement revealed on Thursday at a virtual hearing in New York federal court draws a line for Vitol under a criminal investigation by the US Department of Justice into the trading group’s conduct.

Justice department prosecutors at the hearing said Vitol was admitting, but not pleading guilty to, two counts of conspiring to violate the Foreign Corrupt Practices Act between 2005 and 2020.

In Brazil and Mexico, for example, Vitol employees and agents had paid bribes to officials at their respective state-owned energy companies, Petrobras and Pemex, to obtain inside information to gain an edge in oil auctions, the company admitted as part of the settlement.

The $135m penalty was below the $180m-$360m fine range suggested by legal guidelines. Derek Ettinger, a prosecutor with the justice department’s fraud section, said at the hearing the reduction was due to Vitol’s “full co-operation” with the probe and remediation of the conduct identified.

Vitol’s US unit was charged in US court as part of a three-year deferred prosecution agreement that includes its Swiss entity, Vitol SA.

Russell Hardy, Vitol chief executive, said: “Vitol is committed to upholding the law and does not tolerate corruption or illegal business practices. As recognised by the authorities, Vitol has co-operated extensively throughout this process. We understand the seriousness of this matter and are pleased it has been resolved. We will continue to enhance our procedures and controls in line with best practice.”

Vitol is the world’s biggest independent oil trader. It shifts between 7m and 8m barrels a day of oil and refined fuels, the equivalent of the combined consumption of the UK, Germany, France, Italy and Spain.

Last year, the London-headquartered company posted net income of $2.2bn, according to bankers who have seen the privately held group’s results. It also operates with very low levels of debt.

A portion of the fine, $45m, is set to be paid to Brazilian authorities as part of a civil resolution there. Vitol is also due to agree a separate settlement with the US Commodity Futures Trading Commission.

Earlier this year, they charged Javier Aguilar, a former Vitol manager, with bribery offences relating to Ecuador. He has denied the charges. The Ecuador part of Vitol’s settlement dealt with the same conduct charged in Mr Aguilar’s case. 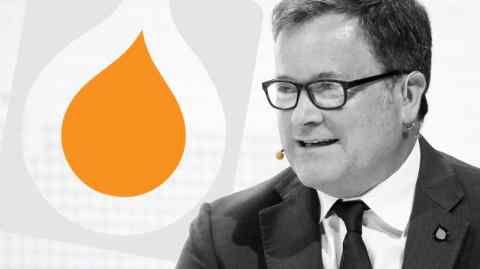 Large-scale physical commodity trading often involves operating in countries that have been hotbeds of corruption, or where it is difficult to secure business without agents who work on commission and network with government officials to help land deals. These relationships are the focus of several regulatory probes.

Prosecutors in Brazil have filed a civil lawsuit against Trafigura, alleging the company and its staff had participated in a bribery scheme to win business from Petrobras.

In a statement Trafigura said: “We understand that various regulatory authorities have been conducting a review of commodity trading firms. We have been responding appropriately to information requests from the authorities.

“Trafigura engaged international counsel from Quinn Emanuel to conduct a review into any allegations of improper payments concerning Petrobras insofar as they may relate to Trafigura. Based on its review to date, which is ongoing, Quinn Emanuel believes any allegations that current management were involved in, or had knowledge of, alleged improper payments to Petrobras are unsupported by the evidence and untrue.”