Victory for vegans as plant-based burgers stay on EU menus

The European Parliament has voted down plans to ban vegan foods from using labels like “burger” and “sausage”, in a victory for plant-based food campaigners.

MEPs on Friday rejected amendments to the bloc’s Common Agricultural Policy that would have regulated food labels to prevent plant-based foods from being described using terms such as “steak”, “burger” and “sausage” in favour of alternatives like “veggie discs” or “fingers”.

The proposals are part of a broader revamp of the EU’s farming policy aimed at promoting more sustainable agriculture. MEPs will vote on the final package later on Friday.

The ban, which had won the backing of the European Parliament’s agricultural committee, failed to win majority support in the chamber after intense public campaigning against the move. The parliament said the vote meant there would be “no change for plant-based products and names they currently use when being sold”.

“Consumers are in no way confused by a soy steak or chickpea-based sausage, so long as it is clearly labelled as vegetarian or vegan,” said Camille Perrin, from the European Consumer Organisation (BEUC). “Terms such as ‘burger’ or ‘steak’ on plant-based items simply make it much easier for consumers to know how to integrate these products within a meal.”

Eric Andrieu, the French MEP who proposed the amendment to meat descriptions, expressed disappointment. “My proposal was a good balance of the interest of the consumer, interest of meat production and interest of vegetable production,” he said.

MEPs did back another amendment that would prevent terms such as “yoghurt-style” and “cheese alternative” from being used on plant-based dairy product labels. The use of dairy descriptions such as “almond milk” and “vegan cheese” are already banned on products in the EU.

ProVeg International, which promotes plant-based foods, welcomed the vote on meat-related terminology but called the amendment on dairy products unnecessary.

Jasmijn de Boo, the organisation’s vice-president, said: “It is inconceivable to us just how the European Parliament could take such different positions on such similar proposals,” and said the rule on dairy-food phrases would confuse consumers. 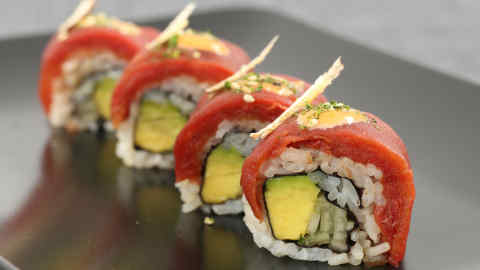 The CAP provides billions of euros in subsidies to the bloc’s farmers. MEPs will now enter into negotiations with EU governments over the final reform proposal before it comes into law.

Nestlé, which produces plant-based meat and dairy substitutes as well as milk-based dairy products, said it did not see the need for further laws on dairy descriptions. “We are hopeful that in the further legislative discussions, a solution can be found that works for people who are looking to adopt a more sustainable diet,” it added.

The labelling controversy has been attacked by green activists, including Sweden’s Greta Thunberg, for distracting from the broader issue of how to reform Europe’s agricultural industry in line with the EU’s ambitious climate goals.

Environmental groups and the greens in the parliament had pushed for the chamber to reject the entire CAP proposal over what they said was a “watering down” of reforms to tie subsidies to tough climate and sustainability criteria.