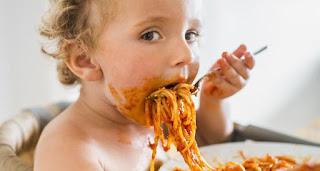 I was listening to Dr. Jordan Peterson and he mentioned that about 10% of society is made up of people with an IQ of 83 or less. He mentions this as a structural problem that society needs to figure out, as there are no real occupations that correspond to IQ levels that low.

It seems to me, however,  that unemployment in societies with a large amount of laissez faire traditionally had unemployment rates that were very low, 3-4%. Is that true?

If so does that mean free market societies have more solutions for low IQ members than other societies? If so, how?

I am a big fan of Jordan Peterson but I find him to be weakest when it comes to economics. If indeed 10% of the population does have an IQ of 83 or less, I don’t see that as a “structural problem.”

But first, to your point of unemployment rates as low as 3-4%, The current U3 unemployment rate in the United States is 3.7%. This is the “headline” rate reported by the media when unemployment rates are reported every month by the Department of Labor.  It measures the number of people who are jobless but actively seeking employment. So it could be argued that those with an IQ below 83 are not looking for jobs and, thus, not even counted in the U3 number.

That said, Paul Cooijmans, a student of IQ, reports that many low IQ people can function in limited job situations even down to the IQ range of 35 to 49:

Descriptions of the I.Q. ranges

Lower than 20 — Profound retardation
Usually multi-handicapped with obvious physical deformities and short life expectancy. Heavily dependent on others. Can learn no or only the very simplest tasks.

20-34 — Severely retarded
Basic intellectual tasks, including language, are difficult to learn. Can learn some self-care behaviour but remain dependent on others. There are usually motor problems and physical anomalies. Usually not employable…

35-49 — Moderately retarded
Can learn simple life skills and employment tasks with special education. May be employed in special settings, and achieve some independence. Often socially immature. Self-awareness — having an inner image of self, realizing that one is a person separate from the others around one — may exist from here on, but is not guaranteed to exist as it depends on more than intelligence alone…

50-69 — Mildly retarded
Educable, can learn to care for oneself, employable in routinized jobs but require supervision. Might live alone but do best in supervised settings. Immature but with adequate social adjustment, usually no obvious physical anomalies…

70-79 — Borderline retarded
Limited trainability. Have difficulty with everyday demands like using a phone book, reading bus or train schedules, banking, filling out forms, using appliances like a video recorder, microwave oven, or computer, et cetera, and therefore require assistance from relatives or social workers in the management of their affairs. Can be employed in simple tasks but require supervision.

80-89 — Below average
Above the threshold for normal independent functioning. Can perform explicit routinized hands-on tasks without supervision as long as there are no moments of choice and it is always clear what has to be done. Assembler, food service.

According to Assessment Psychology, only 2.2% of the population have an IQ below 69.

I would think that the primary reason a person with an IQ between 50-80 doesn’t have a job is because he is being taken care of by someone and isn’t looking for a job or even if he did want a job, rather than not having any productive value, he is being prevented from finding a job because of minimum wage laws that require payment above his marginal revenue product.

Very low IQ is just a vicious part of nature made worse by government wage laws that provide these people with little in terms of opportunity to be a useful part of the workforce.

There is no “structural” problem. Remove the minimum wage and let’s see what the free market can come up with for jobs for these people. Maybe we can finally have someone to pump gas again so we don’t have to do it ourselves, unload boxes from a truck, have someone on the spot to clean tables at fast casuals, whatever.

If they have no productive value, well then that is a cruel slap of nature, a different “structure” will not make them productive. They will have to be fully taken care of, just like a young child, and one would think that would occur under better circumstances in a  free market economy which raises the general standard of living.