Mobile gaming was in the VC spotlight last week, led by the $100M Series A raise by potential Zynga (NASDAQ:ZNGA) competitor Playco, which came out of stealth with a $1B valuation in a round led by Josh Buckley (Mino Games founder and tech investor) and Sequoia Capital Global Equities.

“Our mission is to bring the world closer together through play. We think that games shouldn’t be trapped inside installed apps or downloads. Instead, we believe that playing together should be as easy as messaging or talking together,” says co-founder Carter.

Waldron says the instant connections are possible because Playco has created “the world’s most advanced web browser streaming game engine, with the backend infrastructure and analytics to handle billions of players.” He says the engine allows Playco to “partner with all platforms that enable instant play whether it’s cloud streaming, google play instant, iOS App Clips, Facebook Instant Games, Snapchat Minis, or new emerging platforms.” The engine can help Playco “build games faster, understand our players better, and iterate more rapidly than even the biggest game companies in the world like Zynga.”

Playco will reveal its first games later this year.

In other mobile gaming news, Indian mobile game platform Mobile Premier League raised $90M in a Series C led by SIG, RTP Global, and MDI Ventures. And Bloomberg reported that Scopely (The Walking Dead: Road to Survival, Star Trek Fleet Command) is in talks to raise at least $300M from Wellington Management and NewView Capital at a roughly $3B valuation. 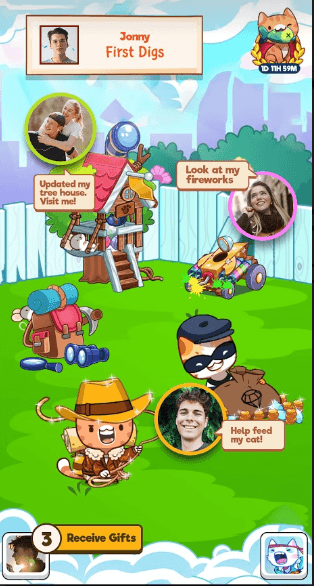 Other top VC deals of the week: