The world’s second-largest asset manager Vanguard is reshuffling its senior leadership as the head of its fast-growing international business retires.

Jim Norris, who started working in 1987 as an assistant to Vanguard’s founder Jack Bogle, will leave at the end of this year after spending his entire 33-year career at the $6.3tn Pennsylvania-based group.

Changes in Vanguard’s dozen-strong senior leadership team are rare. Senior executives typically rotate through multiple roles over decades before obtaining a seat at the top table.

Mr Norris, 57, represented US in the World Athletics Championships in 1991 while working at Vanguard but his time as an internationally competitive middle-distance runner was curtailed by a bout of glandular fever during the following year.

Vanguard’s board asked Mr Norris to move to his current role in 1998 when its international business was managing less than $100bn spread across smaller operations in Australia, Japan and Europe.

Under his leadership, the division has grown into one of the largest investment managers outside the US, overseeing assets worth $460bn.

Best known as a pioneer of low-cost tracker funds that have become popular with investors worldwide, Vanguard is one of the fastest-growing managers in Europe and a leading competitor in the Australian pensions market. 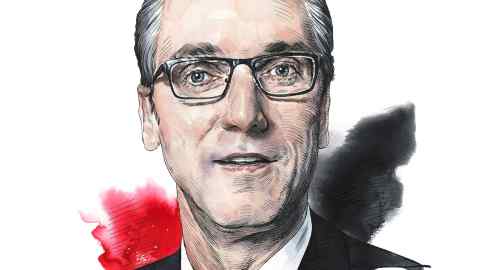 Mr Norris also played a key role in developing Vanguard’s business in China, where it has established a partnership with Ant Group, the fintech company that has been expanding rapidly in the Chinese fund market.

Mr Buckley joined Vanguard in 1991 and also started his career as an assistant to Jack Bogle.

Chris McIsaac, the head of Vanguard’s planning and development division, has been named successor to Mr Norris and will move to Vanguard’s European headquarters in London this month.

Karin Risi will assume Mr McIsaac’s job, moving from her role as head of the US retail investor group that accounts for almost a third of Vanguard’s total assets.