Value of world’s largest coal mine slashed by $1.4bn

Peabody Energy has written $1.4bn off the value of the world’s largest coal mine, an acknowledgment of electricity generators’ permanent shift towards natural gas and wind.

The open-pit North Antelope Rochelle mine in Wyoming’s Powder River Basin accounts for 12 per cent of US production, and shuttle trains laden with coal serve power plants across the country.

But cheap gas prices coupled with falling costs for renewable power and state-level mandates for clean energy have accelerated the decline of coal-fired electricity. In the first six months of 2020, Peabody’s production in the Powder River Basin was down 18 per cent on the year.

In the past decade more than 100 US coal-fired plants were repurposed to burn gas, according to the Energy Information Administration. US coal generating capacity at the end of 2019 was down more than a quarter from its peak in 2011.

The lockdowns and economic damage caused by the coronavirus pandemic have also reduced US electricity demand by 4 per cent, with coal losing share to gas and wind, Peabody said.

“The longer the pandemic plays out, the more early retirements [of coal-fired plants] and permanent demand destruction from coal we’ll see,” said Benjamin Nelson, a coal industry analyst at Moody’s.

St Louis-based Peabody decided to take an impairment to the value of the North Antelope Rochelle mine because lower natural gas prices were forecast to make that fuel more competitive and because of the pace of coal plant retirements and growth in renewable generation, said Mark Spurbeck, Peabody’s chief financial officer.

READ ALSO  The 2020 World Series: a tale of two payrolls

The mine was to anchor a joint venture with miner Arch Resources that was blocked by a US antitrust regulator this year, a move now in litigation.

Mr Spurbeck described the mine as a “fabulous asset”, but added: “We do expect coal’s long-term share of the US generation mix to remain below prior-year levels.”

Peabody reported revenue of $626.7m in the second quarter, down by 45 per cent from the same quarter a year ago, and racked up a net loss of $1.5bn, including the writedown, compared with $40m in net profit a year before. The company reported $4.9bn in total assets at June 30, down from $6.5bn at the start of the year.

It has also cut 1,000 jobs in recent months, the company said. 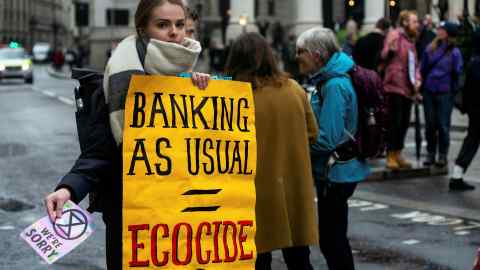 Mines in the Powder River Basin extract resources owned by the US federal government. Peabody had sought a break on royalties paid to the government — relief that has been granted to oil and gas companies — but its application was returned as incomplete, according to two mining industry executives.

The Wyoming state legislature is discussing ways to make federal coronavirus relief money available to larger employers such as Peabody.

Peabody’s writedown was “a clear signal that Powder River Basin coal production isn’t coming back,” said Shannon Anderson, staff attorney at the Powder River Basin Resource Council, a land conservation group. “It’s time for Wyoming leaders to think about what comes next for our communities, coal miners, and our revenue streams.”

Previous PostCalm Before The Storm? – Gundlach Points Out Treasury Volatility At Record Lows Next PostReturning to Schools and the Workplace, Safer and Faster