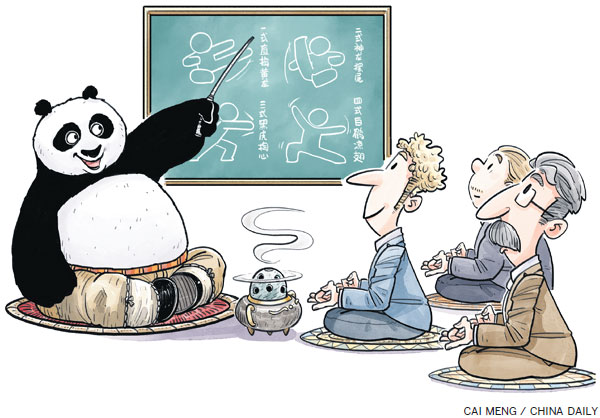 I started economics graduate school at UCLA in the fall of 1977, almost exactly one year before the famous Third Plenum in December 1978 officially kicked off China’s reform and opening-up.

I must admit that neither I nor almost any other Western economists paid much attention to China at the time. No one predicted the 40-plus years of persistent and rapid growth that were to follow.

To me, long-term rapid growth in the real wages of average people is the most amazing factor. From 1995 to 2015, median wages grew at 11 percent per year – significantly faster than the growth rate of GDP. This means that an increasing portion of the national product went to workers.

In contrast, average American workers had not seen an increase in real wages since the late 1970s until the slight increases of the past three years.

The history of Chinese development has shown many things that I, and almost all other economists, believed in the 1980s were just wrong.

We should be re-writing all the textbooks. Many of these mistaken theories and the policies that followed from them have done serious damage to the US economy. Many of today’s problems flow from these mistakes.

What have we learned from China’s 40-plus years of reform and opening-up?

When I was in graduate school, most economists believed that a laissez-faire financial system would lead to the best allocation of resources. This meant that the banking and investment system should aim to get the highest returns for the owners of capital.

However, China’s financial system was based on government-owned banks. Chinese individuals were led to save large portions of their incomes and the primary place they could put their money was in the banks, which paid low rates of interest. Most economists of 40 years ago would have predicted that this would lead to disaster.

It turns out that China’s model solved the key problem of developing countries – it mobilized the capital needed for development and at the same time ensured that most of this capital went to productive uses.

Many industrial policies around the world have been abject failures. They created bloated, inefficient, crony-capitalist companies. What distinguishes China along with Japan and South Korea is that they were able to keep enough international or domestic competition in the system to discipline the recipients of capital.

Perhaps surprisingly, China has focused a lot less on highly directed “picking of winners” but has focused on making capital abundant. In South Korea, especially under president Park Chunghee, the government directly decided which investments would be made. Similarly, Japan’s Ministry of International Trade and Industry directed investments.

The brilliance of China’s model is that it combined a banking system that rapidly accumulated capital with highly competitive internal and external markets. That is, Chinese companies could get funding relatively easily, but they had to compete to make profits.