US Steel laying off up to 200 workers

United States Steel is reportedly cutting hundreds of jobs at its Great Lakes facility in Michigan.

The company said the layoffs are temporary, but could last beyond six months, according to a filing the steelmaker made with the State of Michigan.

The company had said in June that it was going to idle two blast furnaces at its Great Lakes and Gary Works plants.

Lower steel prices and weaker demand were see as the reasons, according to Reuters.

President Donald Trump has made a resurgence in manufacturing a big part of his campaign.

Last week at a rally in Pennsylvania, Trump said his 25 percent tariff on foreign imports has turned a “dead” business into a “thriving” enterprise.

Trump has promised to add additional tariffs recently on Chinese imports, a move that has caused drastic plunges in the stock market. 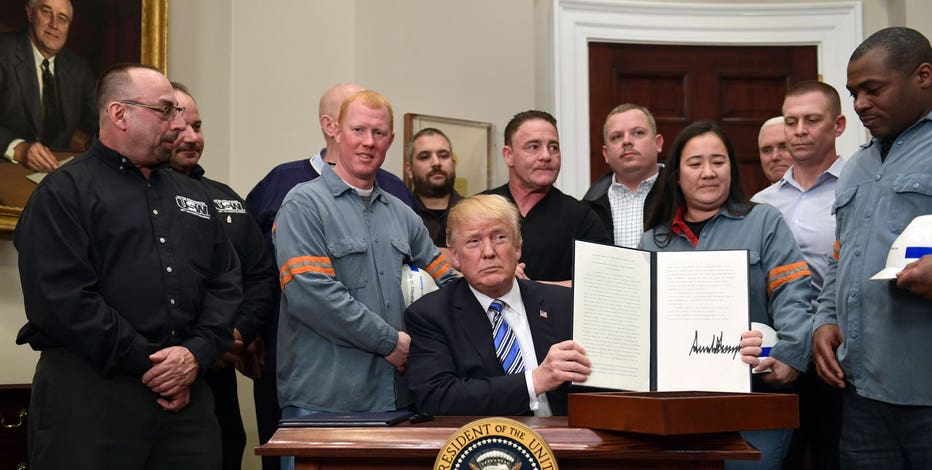 President Donald Trump holds up a proclamation on steel imports during an event in the Roosevelt at the White House in Washington, Thursday, March 8, 2018. He also signed one for aluminum imports. (AP Photo/Susan Walsh / Associated Press)

The White House has said that those additional tariffs would be delayed and even removed from some products.