A US federal judge has temporarily halted the extradition of two US citizens accused of orchestrating Carlos Ghosn’s daring escape from Japan last year, shortly after the US government approved their removal.

Lawyers for Michael Taylor, a former Green Beret, and his son Peter said in a court filing on Thursday they had been informed by Japanese media that the two men were set to be removed from the US as soon as Thursday at 1pm.

The US state department had approved the extradition on Tuesday and informed lawyers for the two men on Wednesday, according to the filing. The Taylors’ lawyers urged the court to intervene, warning that the men were due to be sent to Japan as early as that day.

A federal judge in Boston, Indira Talwani, subsequently issued an emergency order halting their removal until she could fully review the request.

Japanese authorities have issued an arrest warrant for the Taylors for allegedly helping Mr Ghosn, the former Nissan chief executive, flee the country when he was on bail for an array of alleged financial crimes.

The state department did not immediately reply to a request for comment. Mike Pompeo, US secretary of state, was in Indonesia on Thursday during a tour of Asia. Stephen Biegun, the deputy secretary of state, authorised the extradition, lawyers for the Taylors said. 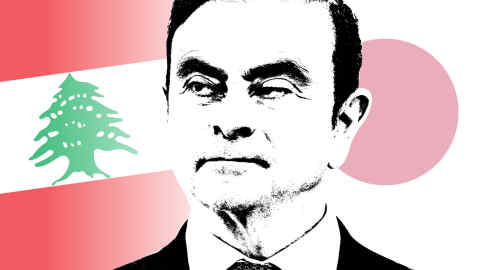 The US decision to extradite the two men drew criticism from Roger Wicker, the Republican senator from Mississippi, who said he was “outraged” that the state department had approved Japan’s request to extradite the pair.

“This former Special Forces member and his son will not be treated fairly,” Mr Wicker warned on Twitter, adding that Japan’s hostage justice system was “not interested in justice, just retribution”.

Mr Ghosn, who is currently in Lebanon, has consistently denied any wrongdoing. In the Thursday filing, the Taylors’ lawyers argued that the US “should not surrender [them] to face a dubious prosecution with a minimal potential punishment”.