US Jobs Continue To Steam Roll Ahead – 3 Charts

Instead, the U.S. economy added a whopping 263,000 jobs last month, blowing by Wall Street’s expectations of 185,000 jobs, bringing unemployment to its lowest level since 1969. 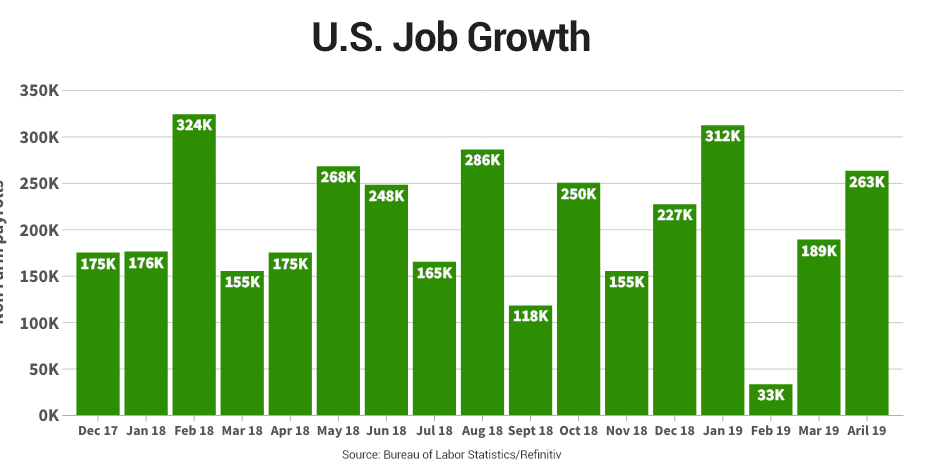 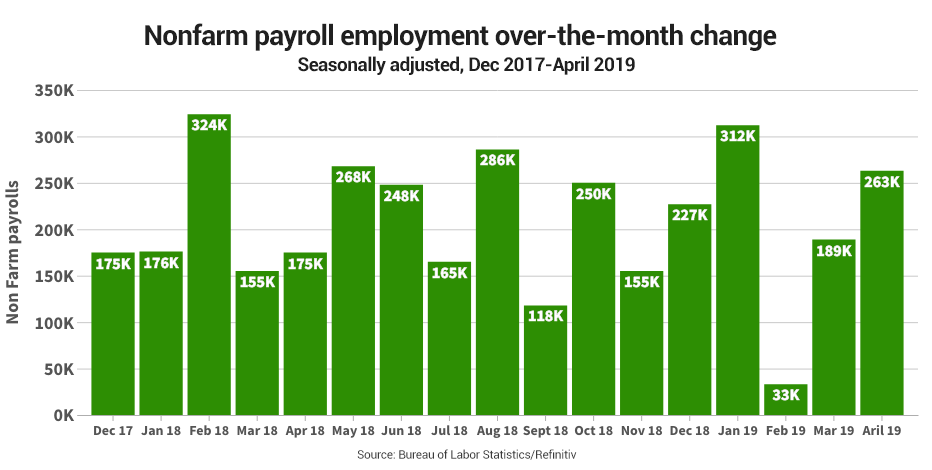 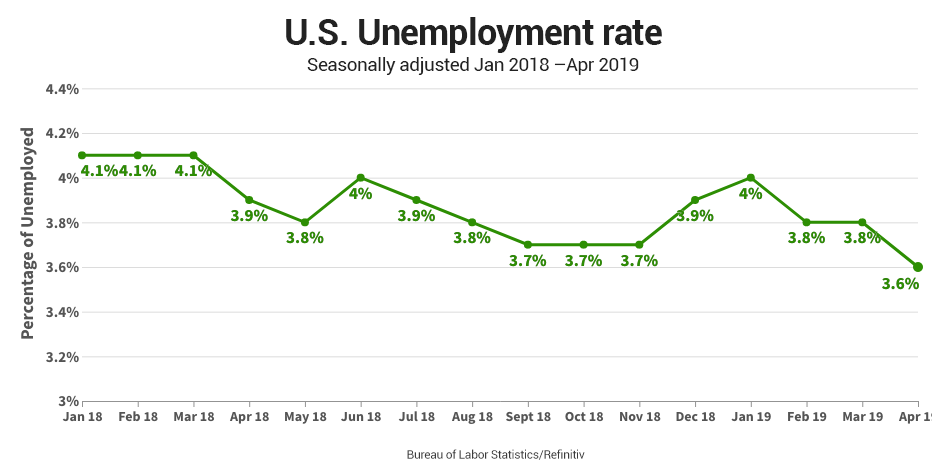 1. Unemployment rate at a 50-year low

The unemployment rate fell to 3.6 percent in April, the lowest rate since December 1969.

2. Most workers benefiting from low unemployment

3. Where the jobs grow the most

The business and professional services sector grew at the strongest level by adding 76,000 jobs last month. Followed by the health care and educations sectors, which created 62,000 new opportunities.

On the flip side, retail trade employment continues to fall drastically, shedding another 12,000 jobs following a loss of 15,000 jobs in March.

According to the report, the number of job losers and persons who completed temporary jobs declined by 186,000 over the month to 2.7 million.