US Government Borrowing on Steroids 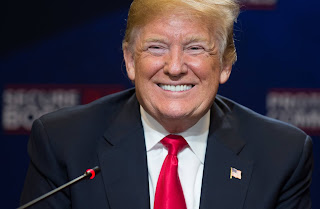 Borrowing by the federal government is set to top $1 trillion for the second year in a row. And this is occurring during the boom phase of the business cycle!

The Treasury Department said Monday it
expects to issue $814 billion in net marketable debt in the second half of this calendar year, bringing total debt issuance to $1.23 trillion in 2019.

Deficits usually decline during economic expansions such as the current record-long one, as low unemployment and rising paychecks push up federal tax revenue, and automatic spending on safety-net programs declines, notes The Wall Street Journal.

But government spending in the Trump era is beyond anything you would normally expect in a boom phase.

It is irresponsible spending even from a Keynesian perspective.