Household debt in the US has declined for the first time since 2014, driven by a steep fall in credit card balances as consumer spending plunged during the coronavirus lockdown.

Consumer debt balances amounted to $14.27tn at the end of June, a 0.2 per cent drop from March, according to figures released by the Federal Reserve Bank of New York on Thursday.

The decline included a $76bn contraction in credit card balances — the sharpest decline on record.

Economists at the New York arm of the US central bank attributed the slide in the second quarter to “the sharp declines in consumer spending due to the Covid-19 pandemic and related social distancing orders”.

Much business activity ground to a halt in March and although a recovery began to take hold in May, as lockdown measures eased, the spread of the virus in other parts of the US has stalled some reopening plans.

Auto loans budged little during the three months to June 30, while student loan balances edged higher by $2bn. Taken together, the New York Fed found that non-housing balances, which include credit card debt and auto and student loans, saw the largest decline in the report’s history, at $86bn.

Meanwhile, delinquency rates plummeted, as more consumers were granted forbearance as part of the relief package passed by Congress at the end of March, known as the Cares Act.

The share of outstanding debt in some stage of delinquency dropped by 1 percentage point from its level at the end of 2019, and now stands at 3.6 per cent. 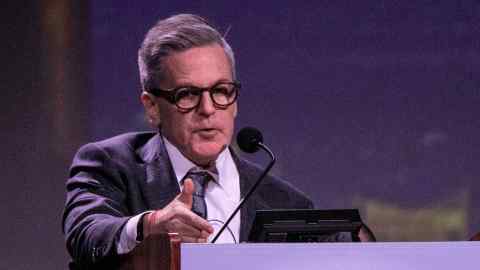 “Protections afforded to American consumers through the Cares Act have prevented large-scale delinquency from appearing on credit reports and damaging future credit access,” said Joelle Scally, administrator of the Center for Microeconomic Data at the New York Fed.

“However, these temporary relief measures may also mask the very real financial challenges that Americans may be experiencing as a result of the Covid-19 pandemic and the subsequent economic slowdown.”

Mortgage balances, which make up the largest portion of household debt, rose by $63bn to $9.78tn, but foreclosures ground to a halt, New York Fed economists noted in a blog post.

“Foreclosures, which were at historic lows before the pandemic hit, have stopped almost entirely, and we simply are not seeing new foreclosures on consumer credit reports,” they wrote.

“Bankruptcy filings, by contrast, slowed down sharply in April when most courts were closed, but have trickled up slowly a bit since.”