President Trump and Chinese President Xi Jinping on Saturday agreed to resume trade talks and a cease-fire on escalating tensions — but Chinese state media said later that a trade agreement between the two countries is still “very much in the air.”

Trump and Xi met Saturday in Osaka, Japan, on the sidelines of the G20 summit in an effort to push forward trade talks after tensions escalated last month when the U.S. raise tariffs on $200 billion worth of Chinese imports to 25 percent. Trump said Saturday he won’t move ahead with his plan to impose tariffs on another $300 billion worth of Chinese goods for the “time being.”

“We’re going to work with China where we left off,” Trump said Saturday. He also said China had agreed to buy more American farm products. 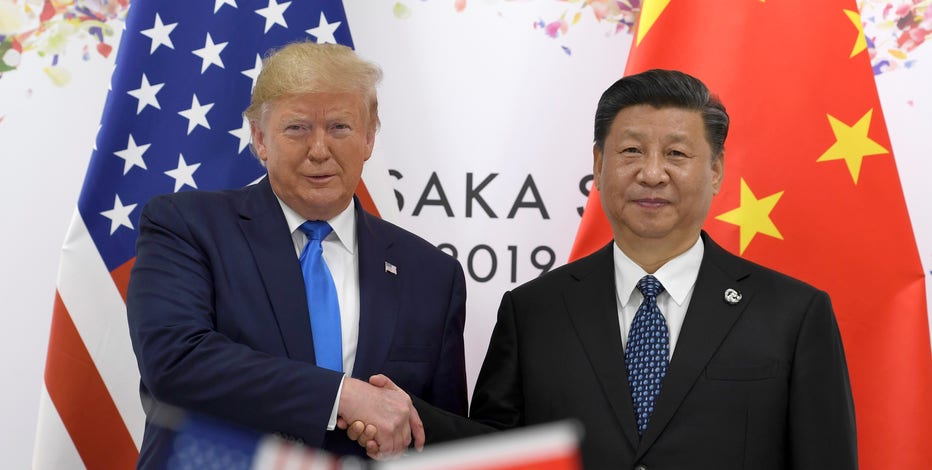 President Donald Trump, left, shakes hands with Chinese President Xi Jinping during a meeting on the sidelines of the G-20 summit in Osaka, Japan. (AP)

China Daily, an English-language daily China often uses to relay messages, said in an opinion piece that although a U.S.-China trade deal is now more likely to happen, there’s still a long road ahead before both sides come to a 100 percent agreement.

“Even though Washington agreed to postpone levying additional tariffs on Chinese goods to make way for negotiations, and Trump even hinted at putting off decisions on Huawei until the end of negotiations, things are still very much up in the air,” the Chinese Daily editorial published late Saturday stated.

“Agreement on 90 percent of the issues has proved not to be enough, and with the remaining 10 percent where their fundamental differences reside, it is not going to be easy to reach a 100-percent consensus, since at this point, they remain widely apart even on the conceptual level,” it continued.

Trump had tweeted Saturday that his meeting with Xi went “far better than expected” and said along with halting additional tariffs, he was also allowing U.S. companies to sell some components to Chinese telecommunications giant Huawei. The company was placed on a blacklist last month because it was a threat to national security.

“I had a great meeting with President Xi of China yesterday, far better than expected. I agreed not to increase the already existing Tariffs that we charge China while we continue to negotiate,” Trump wrote in a series of tweets. “China has agreed that, during the negotiation, they will begin purchasing large amounts of agricultural product from our great Farmers. At the request of our High Tech companies, and President Xi, I agreed to allow Chinese company Huawei to buy product from them which will not impact our National Security.”

Trump added that trade negotiations have resumed and the U.S.’s relationship with China remains a “very good one.”

“The quality of the transaction is far more important to me than speed. I am in no hurry, but things look very good! There will be no reduction in the Tariffs currently being charged to China,” he concluded.

Trump said that Huawei will stay on the blacklist, however, and that its future won’t be decided until the end of the trade talks.