US border agents turn up the heat on Chinese students

Chinese science students have accused US border agents of subjecting them to intrusive questioning and pressuring them to hand over electronic devices as they leave the country, heightening concerns they are becoming victims of rising US-China tensions.

The pre-flight checks in the US are part of the “China Initiative”, a campaign against Chinese espionage and technology theft that is one of multiple points of friction between the two superpowers.

Alex, a Chinese science PhD student at a US Ivy League university, said he was stopped by two uniformed officials as he attempted to fly home. They asked to search his devices and he said he felt compelled to hand over passwords so he would not miss his flight. “I had no choice.”

He said he had expected to be questioned but was taken aback by the tone. “They were not speaking to me in a normal, good-willed way. They directly came up and assumed I was guilty,” he said, asking to use a pseudonym for fear of visa retaliation.

American authorities have prosecuted dozens of Chinese researchers over the past two years on charges ranging from stealing trade secrets to hiding military affiliations on visa applications.

But academics have criticised the effort for stigmatising people of Chinese descent on campuses. The airport interrogations have added to the unease felt by Chinese students in the US, who are struggling to afford seats on flights to leave America as it continues to battle the spread of coronavirus.

Almost 370,000 Chinese overseas students studied in the US in 2018-19, making up one-third of the country’s international students, according to the Institute of International Education.

But an increasing number of US universities are considering buying insurance to guard against any impact of declines in Chinese enrolments.

No matter if you get funding from China or not, you get interrogated

The relationship between the world’s biggest economies has deteriorated this year on several fronts including trade, the status of Hong Kong and the origins of the coronavirus pandemic.

The FBI is running about 2,000 active investigations into China-related espionage. Last week the US government limited senior Chinese diplomats’ ability to visit US campuses.

The American Civil Liberties Union has noted a rise in warrantless border searches of electronic devices under the Trump administration, and is suing the government on behalf of travellers who were searched without a warrant.

Hugh Handeyside, senior staff attorney at the ACLU, said: “These searches can amount to fishing expeditions. The government claims the authority to search digital devices at the border without any actual suspicion that the devices contain illegal content. That turns the border into a dragnet for gathering intelligence or fodder for diplomatic disputes.”

In the 12 months up to October 2019, US Customs and Border Protection said it searched 40,913 devices, up 22 per cent from the previous year.

Charlie, another science PhD student, gave up his laptop with his research results after an hour-long airport interrogation. “I was furious, even though I had psychologically prepared myself. I just thought this was total bullying.”

He and other students also questioned the efficacy and logic of the searches. “If I was stealing research, why would I put this on my personal laptop, and take it with me at this very sensitive time? I don’t think they understand what they are looking for.”

READ ALSO  Dollar picks up as US election approaches 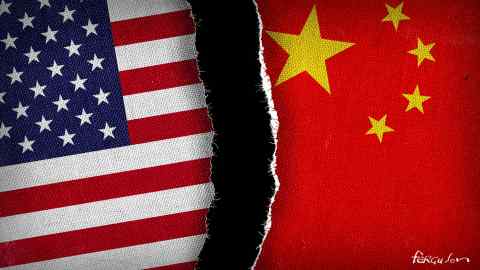 Since 2018, John Demers, US assistant attorney-general for national security, has led the Department of Justice’s China Initiative, targeting theft of trade secrets.

Mr Demers admitted there had been “significant screening” at airports. But he added: “[Screening] is more targeted than it may first appear.”

He described a likely target for screening as “a visiting researcher who is a professor in an advanced field and who is from a university that has been affiliated with the PLA [People’s Liberation Army], and we know folks have come and gone from there in the past”.

Just as the US military runs campus recruitment activities, so the PLA recruits from nearly every university in China.

The “Seven Sons of National Defence” are institutes of technology that are closely affiliated with the PLA. But Alex Joske of the Australian Strategic Policy Institute said it is more difficult to tell whether researchers at many of China’s leading universities are involved in military projects.

Video: Why TikTok and WeChat are the new front line in the US-China tech war

The appetite for US universities among Chinese students has already waned in recent years owing to visa restrictions as well as fears that political and racial tensions have created an unwelcoming climate. The UK surpassed the US as China’s top overseas study destination in 2019, according to EIC Education, a consultancy.

While Alex and other students acknowledged the US suspicions over Chinese technology espionage, they criticised the searches as being indiscriminate.

“No matter if you get funding from China or not, you get interrogated. Our research is all online, but the officials implementing these policies either don’t understand or they’re used to always having this malicious approach to interrogations,” said Alex.