Upwork (UPWK) is a leader in a well-positioned and rapidly expanding gig economy sector.

Although I put a spotlight and question how Upwork recognizes its revenue, I nevertheless make the case that its stock is cheaply valued at just 5x forward sales.

Furthermore, given that management expects Upwork to grow its operations with 20% CAGR, this revenue growth rate is meaningfully higher than analysts’ expectations – leading to potential revenue beats over the coming quarters.

This stock is worthwhile considering. Here’s why: 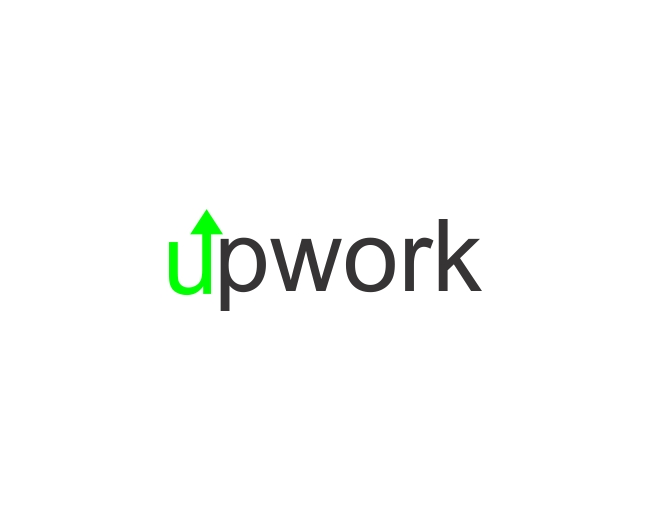 Upwork is the largest online talent solution platform, charging a fee (its take rate) for connecting clients to freelancers.

What’s more, even when the economy was growing at its strongest back in 2019, Upwork’s revenue growth rates even then grew by 19% y/y.

Consequently, it’s worth emphasizing that as Upwork guides for Q3 2020 to grow by 14%, this is still somewhat in line with its typical historical growth rates, even if Q3 2020 revenue growth rates are pointing towards a slight slowdown.

Moreover, we have to bear in mind that back in Q3 2019, that was a very strong quarter for Upwork, where it reported an increase of 23% revenue growth rate compared with the same period in the prior year (2018).

Put simply, Q3 2020 has very tough comparisons, hence its 14% y/y revenue growth rate is stronger than it may initially appear on the surface.

The company’s auditors (PricewaterhouseCoopers) raised a concern that Upwork consolidate its own revenues with that of freelancers on Upwork’s platform. Here’s an excerpt from its SEC 10-K:

In essence, the auditors raise concerns over the revenue that the company makes versus what freelancers make. The auditors then go on to declare that a significant amount of judgment is required over the period of time over which to recognize said revenue.

Upwork’s competitor, on the other hand, Fiverr (FVRR) has not opted for that route. Fiverr states that its revenue is mainly recognized on a net basis, given that Fiverr is just a brokerage platform, and that it holds no “responsibility for the sellers’ services”. (Note: I’m long Fiverr).

Reading through Upwork’s earnings call, it doesn’t make it clear to investors that approximately 2/3rds of its revenues are padding, that its revenues are recognized in a gross manner, rather than as net revenues.

Nonetheless, all considered, I still contend there’s a margin of safety in Upwork’s valuation. 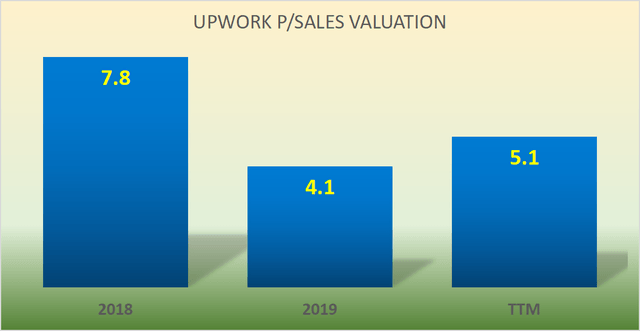 Compared with other companies that are beneficiaries of the newly forced ‘work-from-home’ environment, Upwork is not expensively valued.

In fact, we can see that compared with last year’s multiple of 4.1x, Upwork’s present trailing multiple to sales has not expanded significantly, even though most companies with exposure to this ‘new era’ theme have seen their multiples meaningfully expand.

It could be argued, that all considered, Upwork does not trade expensively. What’s more, although I have an issue with how Upwork recognizes its revenues, once we take a step down its income statement, we can see that its gross profits are very attractively growing:

This demonstrates that its business model is both sound and that Upwork’s operating leverage is working positively and succeeding in driving shareholder returns.

Upwork’s CEO made a point to reiterate during the recent earnings call that he expects to see Upwork report ‘sustained revenue growth of 20% or more in the years to come’.

Whereas, analysts presently are estimating that Upwork’s revenue growth rates slow down to around 15% over the next two years – a mismatch with management’s expectation for its own business.

Thus, given reasonable visibility Upwork has for 20% CAGR, this should assist Upwork’s gross profit margins to continue to expand and grow and make Upwork a rewarding investment – as well as analysts to upwards revise their financial models.

Upwork has an attractive business model that is not expensively valued at just 5x forward sales, which, for a company expected to grow at close to 20% over the next few years, is not expensive.

Although I have an issue with how Upwork recognizes its revenues, I make the case that lower down its income statement, its gross profits are very attractive and growing rapidly.

Investing is about growing our savings and avoiding risky investments. Being highly selective when choosing a diversified portfolio of opportunities.

I do the hard work of finding a select group of stocks that grow your savings.

Disclosure: I am/we are long FVRR. I wrote this article myself, and it expresses my own opinions. I am not receiving compensation for it (other than from Seeking Alpha). I have no business relationship with any company whose stock is mentioned in this article.