Unemployment Bonus Keeps Workers From Wanting to Go Back to Work 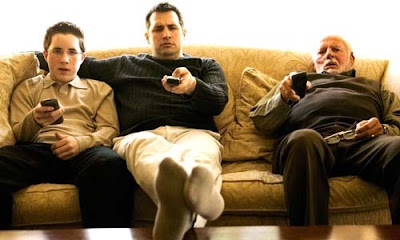 And yet another report from employers on former workers not wanting to come back to work.

When Congress increased unemployment benefits at the height of the Covid-19 pandemic, it was an emergency step to shore up the finances of people whose income had evaporated overnight. Record job loss demanded action to replace wages workers lost through no fault of their own. But now unintended consequences of supplemental unemployment payments are stifling economic recovery.

Soon after supplemental unemployment insurance payments took effect in the spring, I began to hear from business owners in my home state of Kentucky that these payments were having negative effects. The extra $600 a week included in the Cares Act boosted wages higher than they were before the virus, meaning people were earning more on unemployment than they used to at work.

The data bear this out. Researchers at the University of Chicago’s Becker Friedman Institute for Research in Economics found that 68% of eligible people would receive benefits exceeding their lost earnings. One in five would receive more than double his prior wages.

Employers in Kentucky are finding it difficult to persuade employees to return to work, as nearly 40% of the state’s labor force has filed for unemployment benefits—the highest share in the nation..

Despite the data and reports from businesses, Speaker Nancy Pelosi forced a measure through the House to extend the $600-a-week federal subsidy through January 2021. It defies logic to extend disincentives to work when businesses are beginning to reopen…

One must wonder if Democratic leaders even want to see businesses reopen and America’s economy return to full force. Slow reopenings and efforts to extend jobless aid suggest an interest in stalling a recovery so that voters head to the polls in November with high unemployment—and vote for Democrats.

One of Trump’s biggest mistakes was to sign the bill that provides these $600 per week checks.

It is undermining the ability of the economy to return to some kind of normalcy and thus hurting his re-election chances. It is also allowing many more to participate in protests since they don’t have jobs to go to.