UK ministers are set to impose strict conditions on the imminent $40bn takeover of Arm Holdings by US chip company Nvidia, including the protection of jobs and the maintenance of its UK headquarters in Cambridge.

Oliver Dowden, culture secretary, is also considering whether to “call in” the deal under the Enterprise Act 2002, which would mean an extensive review by the Competition and Markets Authority.

Ministers can call in mergers under four different grounds — financial security, media plurality, public health or national security — in a process that would trigger a CMA review taking up to several months.

If Oliver Dowden, culture secretary, proceeds with a formal intervention it would be on national security grounds — because the group is a major supplier to the defence industry — according to officials.

One government figure said that Mr Dowden was “minded” to refer the deal to the CMA. However, one ally of the culture secretary said no decision had yet been taken and that speculation was “premature”. 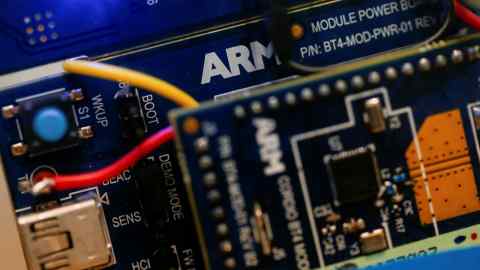 A review by the CMA would be in contrast to four years ago when the SoftBank takeover of Arm was waved through by the business secretary at the time Greg Clark, albeit with certain conditions.

On that occasion the government compelled the Japanese company to keep Arm’s headquarters in Cambridge and to create at least 1,500 new jobs at the chip designer over five years. “You would expect us to take a very close interest in this company given it is a national tech champion,” said one official.

The deal is a big test of prime minister Boris Johnson’s approach to Britain’s industrial strategy.

The FT reported over the weekend that a cash-and-stock takeover of Arm by Nvidia — the world’s most valuable chipmaker — could be announced as soon as Monday, with SoftBank becoming the largest shareholder in the US company.

The takeover values Arm above the $32bn price that SoftBank paid for the business in 2016, a deal that was struck weeks after the Brexit vote and prompted critics including Arm’s founder to accuse the country of selling off the crown jewel of its tech sector. 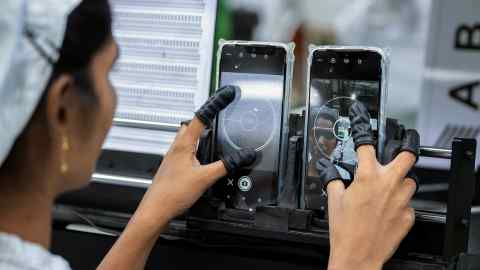 Ed Miliband, shadow business secretary, told the Financial Times last week that it was vital to secure Arm’s headquarters and 3,000-strong UK workforce if the deal went ahead. Mr Miliband said the government should seek legally binding assurances from Nvidia that it would not move “jobs and decision-making” to the US.

On Sunday night a government spokesperson said that, while proposed acquisitions were primarily a commercial matter, they were monitored closely by ministers.

“Where we feel a takeover may represent a threat to the UK, the government will not hesitate to investigate the matter further, which could lead to conditions on the deal.”

The Enterprise Act 2002, which governs takeovers, was updated earlier this year to include companies which can influence the UK’s ability to deal with public health emergencies.

Previous PostBeijing Says TikTok’s Algorithm “Not For Sale” As Deadline LoomsNext PostEmergencies Make Awful Law: Why are Casinos Treated More Favorably than Churches During a Pandemic?