Banks are turning away mortgage business by increasing interest rates on many new home loans, as they struggle to cope with surging demand for borrowing in a buoyant post-lockdown housing market.

In a reversal of the cut-throat competition of recent years, lenders are putting up rates to deter potential borrowers, as coronavirus restrictions have left many staff working from home, limiting their capacity to process applications.

A temporary stamp duty holiday that offers purchasers a tax saving of up to £15,000 has fuelled a V-shaped recovery in the housing market since May. Buyers are hurrying to progress deals now so they can complete before the nine-month holiday ends on March 31 2021.

An executive at one of the UK’s largest mortgage lenders said on some days recently it had been receiving more than double the number of mortgage applications it would normally be able to process.

“This is as busy as I’ve seen the market since 2008, just before the credit crunch,” the executive said. “Post-lockdown, in late May to June, we were busy, heading back towards [normal] numbers, but the stamp duty change, when that dropped, put a massive urgency into buying a home.”

Halifax, TSB, Nationwide, NatWest, Barclays, and Yorkshire and Chelsea building societies are among the lenders to have raised interest rates over the past three weeks, even as the Bank of England base rate has remained at its record low of 0.1 per cent. 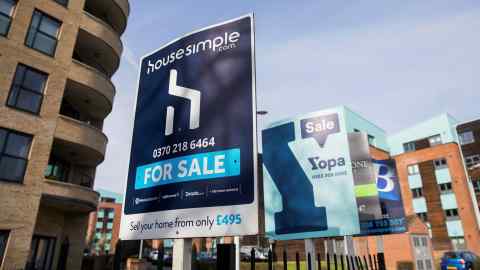 On Tuesday, Santander increased rates on some of its 60, 75 and 85 per cent loan-to-value deals by up to 0.35 percentage points.

Aaron Strutt, product director at mortgage broker, Trinity Financial, said lenders were taking action to avoid being exposed as the cheapest deal in the market. “They are making big rate changes to make sure they’re not at the top of the tree”.

Banks had already withdrawn many of their deals on low-deposit home loans earlier in the year, hitting first-time buyers who typically put down 5 or 10 per cent of the house price as a deposit. But they have now widened the scope of their action on rates.

Hina Bhudia, partner at Knight Frank Finance, said: “What was a significant problem for first time buyers will now start affecting buyers at every level of the property ladder.”

As demand has surged, lenders have seen their service times slip significantly, said Andrew Montlake, managing director of mortgage broker Coreco. “They’re not looking at things for two weeks at least. There’s concern that as we start to get to the end of the stamp duty holiday a lot of people are not going to get their deals through in time.”

Ms Bhudia added: “If you’ve secured a rate with a lender, lock it in as soon as you can because there’s no guarantee it’s going to be there tomorrow.”

Raising rates is the most common method by which lenders control the volume of business they accept, but they may also toughen their credit score criteria to filter out more borrowers, raise minimum loan levels to deter smaller mortgage applications or restrict certain mortgages to houses, not flats. The most effective, if draconian, tactic is to withdraw mortgage products entirely, as Santander did this week for its 85 per cent LTV two-year fixed purchase and remortgage products.

Raising rates allows banks to fall down the “best buy” mortgage lists watched by consumers, but when applied by all lenders leads to successive waves of rate increases. “If you price yourself slightly out of the market then others will take up the slack. The problem at the moment is that everyone is doing the same thing,” said Mr Montlake.