Home Financial news Uber Warns California Passengers It May Have to Shut Down Operations in the State on Thursday
2020-08-192020-08-19By finanz.dk 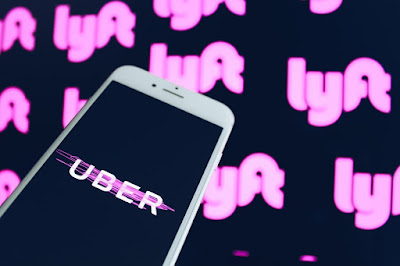 There is absolutely nothing that statists won’t try to ruin.

Uber and Lyft are set to shut down ride-sharing operations in California.

The California Attorney General obtained a court order that requires rideshare companies to hire drivers as employees—immediately—or else shut down. Uber and Lyft can’t operate anywhere close to profitably under such conditions given the cost of drivers being classified as employees in the state.

The back story is that in September of 2019, at the behest of union leadership, the California state legislature passed AB 5, a bill that restricts independent contracting and freelancing across many industries.

The unions are behind it because it is much easier to organize employees than independent operators.

The bill has already made it difficult for many freelance writers in the state.

Here is an excellent backgrounder:

Here is the notice Uber sent out today to its California riders:

We may have to temporarily suspend ridesharing in California starting this week.

The California Attorney General obtained a court order that requires rideshare companies to hire drivers as employees—immediately—or else shut down.

We’ve appealed this decision, but if we are not successful in our appeal, we will need to temporarily shut down by Thursday night.

We know that riders rely on Uber to get around, and drivers rely on the Uber app to earn income. We wanted to let you know that this is a possibility, so you can plan accordingly.

We remain committed to helping drivers get access to new benefits and protections without compromising the flexibility they have today via Proposition 22, which is on the ballot this November. You can learn more about Prop 22 here.

We’ll keep you updated this week as we learn more.

I’m hearing that if Uber loses in court, it will attempt to develop a franchise concept where drivers will become “franchise owners” to get around AB 5. This could work for Uber and Lyft but what happens to the little guys featured in the clip above or can’t come up with high-priced workarounds?