Uber delivered an earnings miss as pandemic conditions weighed on the company’s ride-sharing revenues, although it said its business came back “steadily” as countries loosened restrictions on travel and socialising in the third quarter.

The company narrowed its losses in the quarter to $1.09bn, marginally worse than a Wall Street consensus estimate of $1.02bn, according to data from S&P Capital IQ. Overall revenue, down 18 per cent, was also slightly worse than analysts had expected.

Uber’s ride sharing business recovered 94 per cent on the previous quarter, the company said, but was still down 53 per cent year-on-year. Recovery has been tied closely to regions where lockdowns had been partially lifted, particularly in Europe. In constant currency terms, revenue from Europe, the Middle East and Africa was down 36 per cent year-on-year, compared with a drop of 60 per cent in the US.

The company’s overall gross bookings, down 10 per cent year-over-year, were helped by continued strong demand at its Uber Eats food delivery business. Revenues for the delivery business were up 125 per cent on the same period last year, an acceleration from 103 per cent growth in this year’s second quarter. 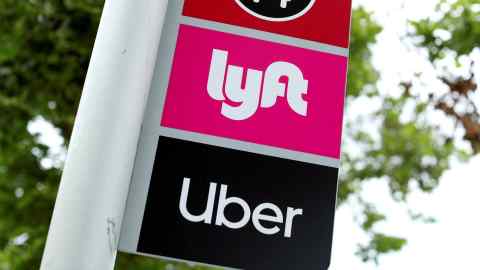 The earnings were announced just days after Uber and its gig economy peers won a pivotal victory in California, where voters backed a new law allowing them to keep treating their workers as contractors rather than employees with full benefits.

Uber is expected to push for similar measures in other states, removing a significant degree of uncertainty around the future of its business model.

Previous PostSE: Is silver poised for a breakout in 2021?Next PostPentagon Chief Esper Drafts Resignation Letter – Hopes To Strip Confederate Base Names On Way Out