UAW strike preps for week 3, workers a day away from getting $250 a week from union

The United Auto Workers strike against General Motors is about to enter its third week, when striking employees can begin collecting $250 a week in strike pay.

But the end of the strike does not seem any clearer than when it began on Sept. 15 after both sides failed to reach a new labor agreement. Monday will mark the 15th day of the strike, when workers will gain access to strike pay that breaks down to $50 per weekday. That comes to $6.25 an hour, below the federal minimum wage of $7.25. 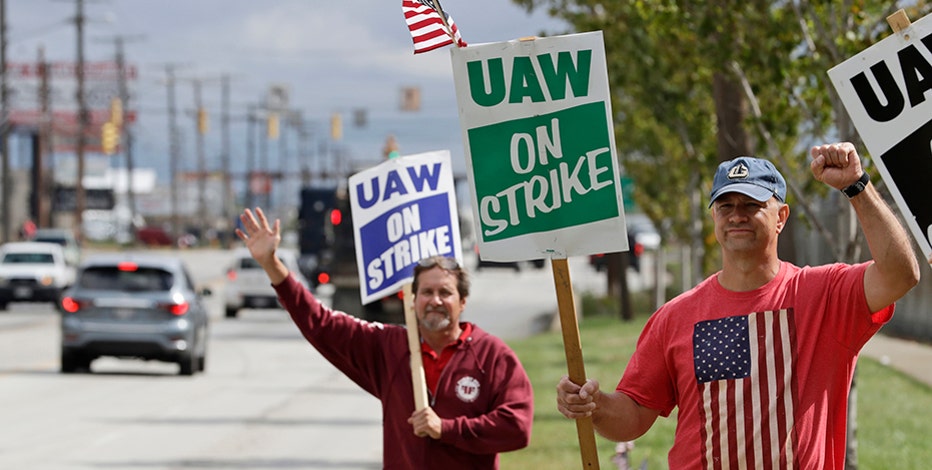 Sunday will be the strike’s second “Solidarity Sunday,” during which members of the public are asked to join picket lines. Michigan Secretary of State Jocelyn Benson will visit GM’s Warren Transmission plant at noon on Sunday, The Detroit News reported. The UAW endorsed her in April 2018.

Talks between GM and UAW progressed to the “Main Table” stage earlire in the week. GM agreed to pick up the tab for hourly employees’ health care once more on Thursday, which was seen as a signal the strike could be drawing to a close. But after several rounds of talks between UAW and GM that sometimes lasted as late as 2 a.m., the strike is still on, The Detroit News reported.

What are the main points of contention? Conditions for temporary workers are a sticking point for the UAW. The UAW also wants GM to keep paying a big chunk of workers’ health care costs and change its profit-sharing formula.

Temp workers are union members doing the same work as permanent employees, but they get half the pay and far fewer benefits.

The union wants those workers to get a path to being permanent and get pay and benefits that more closely match their permanent counterparts, even when they’re temporary.

GM counters that employing temporary workers is good for permanent employees because they enable the full-time staff to take time off. Hiring temps also gives the company flexibility to scale up production for new models and combat employee absenteeism.