My previous article Proppant Industry Stress Test Part I: US Silica turned out to be the last in the series before the global equity market implosion took hold just over six months ago. That implosion sealed the fate for Hi-Crush (OTCPK:HCRSQ) which filed Chapter 11 in July (exited in early October) and for Covia (OTCPK:CVIAQ) which filed Chapter 11 at the end of June and is still working through its reorganization plan. You may recall that Emerge Energy Services filed bankruptcy in Q2 2019. Besides U.S. Silica (SLCA), Smart Sand (SND) is the only other remaining proppant industry player not to file for bankruptcy protection. Needless to say, Parts II and III of the series never occurred.

The idea behind the stress test series was based on a request from a frequent Seeking Alpha contributor and commenter, but there’s no need to talk more about stress tests because this year was a definitive bottom with oil temporarily trading (at least on paper) in negative figures. Q4 2019 remains one of the most stressful quarters for the hydrocarbon industry, but pales in comparison to Q2 2020. Companies that survived without filing bankruptcy are obviously resilient, but could they simply be zombie corporations that are unlikely to ever repay their debt obligations? This article will provide a succinct update about U.S. Silica and attempt to address whether the company is, in fact, a zombie. Please reference my first article for a U.S. Silica company overview and introduction to some key terms. 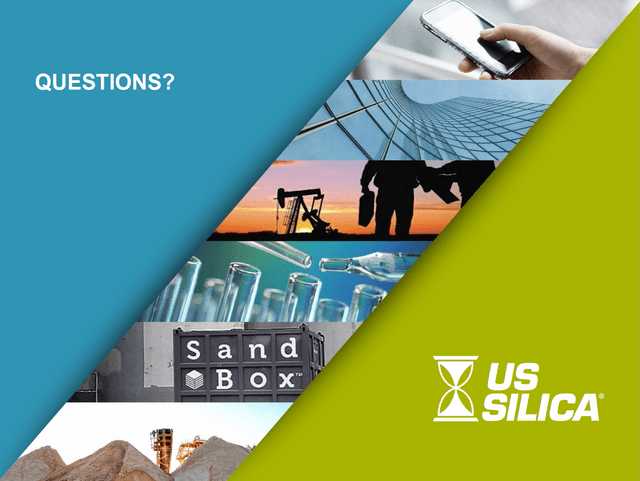 The data compilations and charts below based on SEC filings help illustrate the story. Notice that U.S. Silica has remained FCF positive for the last six quarters through progressive cuts to capex and “rightsizing” the business.

Please see this article if you’d like to know more about the importance of EDBA and why adjusted EBITDA is not a trustworthy figure as it relates to U.S. Silica’s business. EBDA does not take tax benefits (such as from prior year NOLs) into account, but also ignores interest payments which are a significant expense for U.S. Silica. 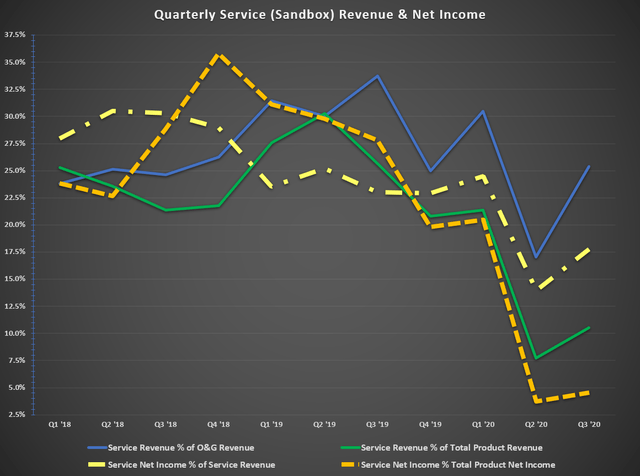 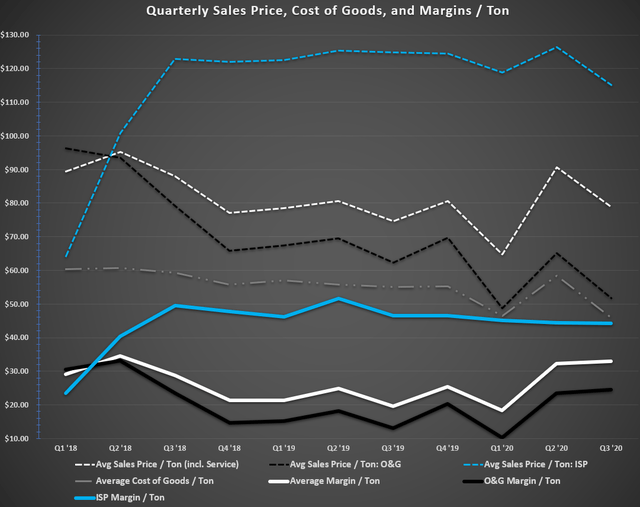 The tables below display a majority of U.S. Silica’s future liabilities. You can easily compare the YE 2019 tables with the Q3 2020 tables. Future purchase commitments have actually increased while lease liabilities have decreased but also extended. Post-retirement benefit obligations have increased nearly 20% YoY. 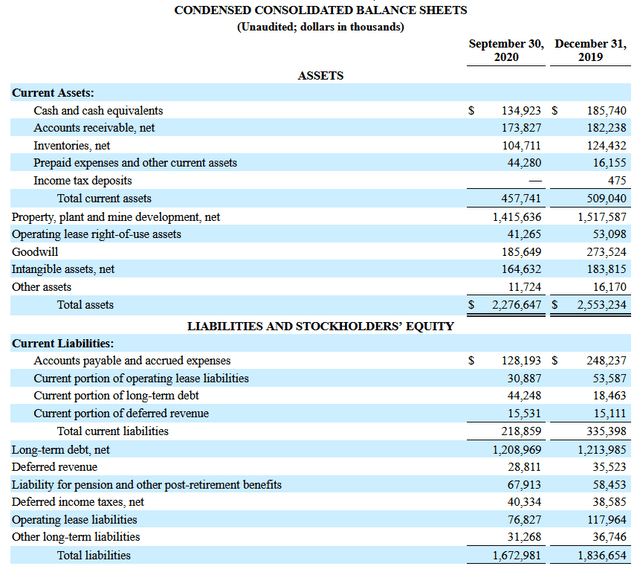 Investopedia describes zombie companies those that “earn just enough money to continue operating and service debt but are unable to pay off their debt.” While U.S. Silica has the capability to make minimum debt payments, spend some growth capital and simultaneously generate FCF, the company is closer to a zombie than a living, breathing entity. While multiple quarterly earnings calls (including the most recent call last week) have mentioned increasing debt repayment through ISP growth in a rosy future that begins no earlier than 2022, the reality is that U.S. Silica may have a difficult time refinancing its $1.2B term loan maturing May 2025 for favorable terms given that the current LIBOR+ floating rate is 5%. Even if U.S. Silica quintupled its net debt reduction to $50MM/yr, the company would still face a $1B loan refinance obligation in 2025.

I’ve read the rumors about others in the OFS industry like Solaris Oilfield Infrastructure (SOI) merging with U.S. Silica. Given the aforementioned debt load, combinations like this make no sense. OFS companies that do not own sand mines have successfully avoided the value destruction that U.S. Silica is still wrestling. For its part, U.S. Silica has written off so much of its proppant business that I would not be surprised to eventually see a company that’s ISP-only. At present, an ISP-only business will not pay the bills.

If you’ve enjoyed this article, please consider clicking the “Like” button below.