With Beijing making louder noise by the day about using rare earth metals as a “nuclear” retaliation option in trade war with the US, Washington is not sitting on its thumbs waiting for the day China pulls the plug, and as Commerce Secretary Wilbur Ross said today, the U.S. will take steps to ensure it doesn’t get cut off from the supply of rare earths.

As reported previously both in the Chinese and US press, Beijing has prepared a plan to restrict exports of rare earths to the U.S. if the trade war between the two nations deepens, and on Tuesday the Commerce Department released a report requested by President Donald Trump in December 2017, when he asked officials to look into U.S. access to so-called rare earths, a group of 17 elements including lanthanum and terbium, which are used in everything from the production of computer screens to missile systems and mobile phones. 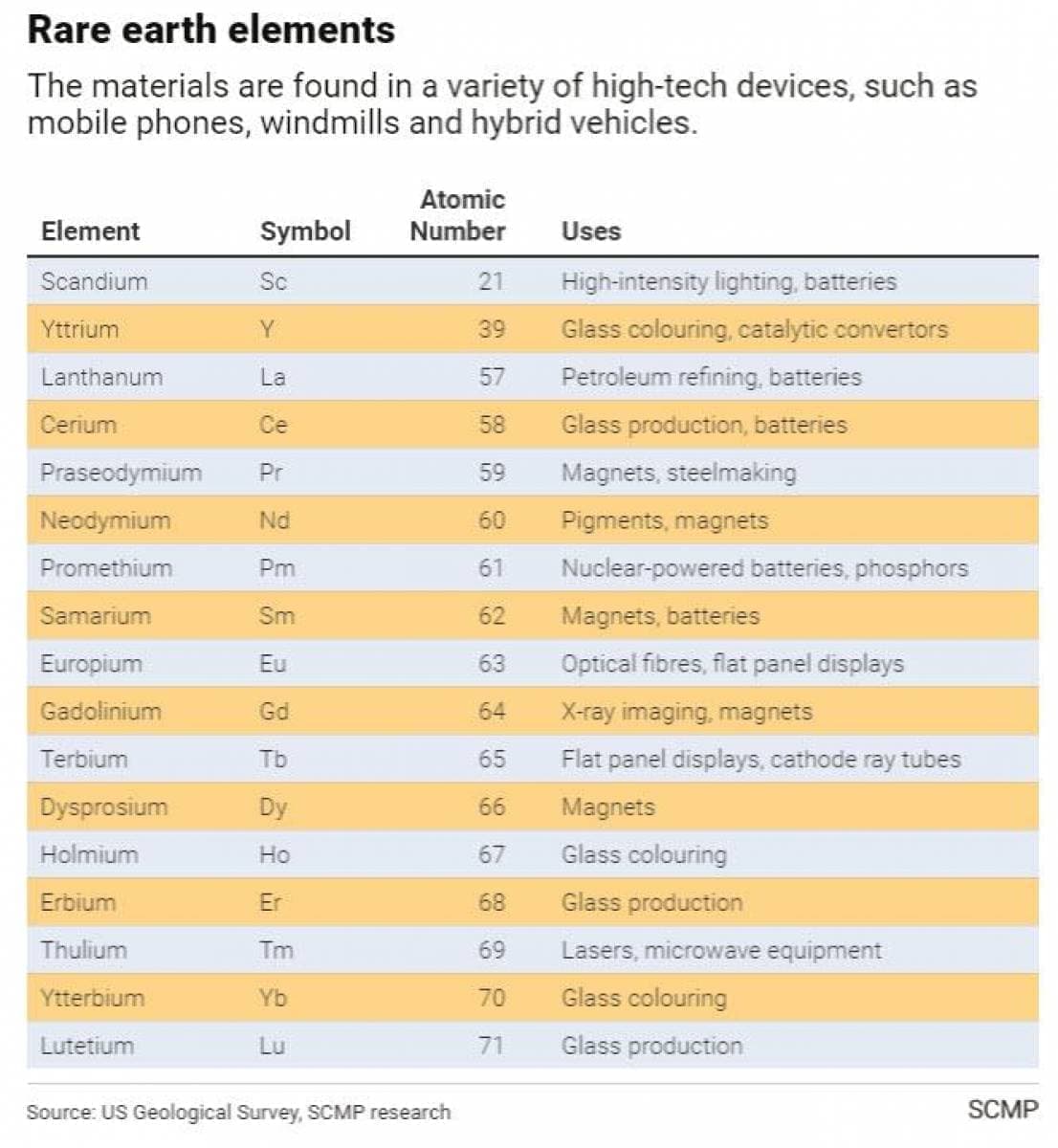 “These critical minerals are often overlooked but modern life without them would be impossible,” Ross said in a statement. “Through the recommendations detailed in this report, the federal government will take unprecedented action to ensure that the United States will not be cut off from these vital materials.”

While some have minimized the consequences of a potential rare earth boycott of the US by China, the report acknowledged the potential danger to the U.S. of being shut out of foreign supplies of rare earths. 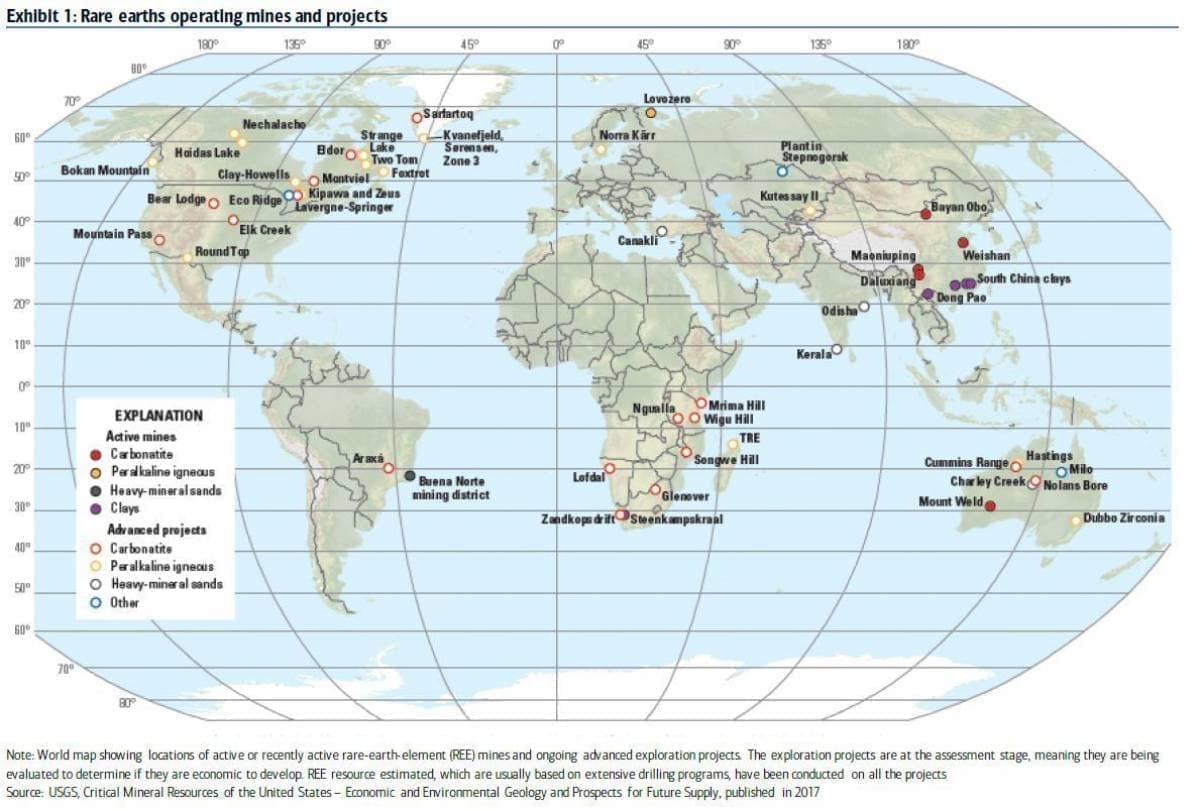 “The United States is heavily dependent on critical mineral imports,” according to the report. “If China or Russia were to stop exports to the United States and its allies for a prolonged period — similar to China’s rare earths embargo in 2010 — an extended supply disruption could cause significant shocks throughout U.S. and foreign critical mineral supply chains.” Related: Oil Is On The Brink Of A Bear Market

China accounts for more than 70% of global output of rare earths. Ironically, the U.S. was the leading global producer of rare earths from the 1960s to the 80s, when production began shifting off shore.

READ ALSO  GBP/CHF May Find Weakness Into Year-End, Yet GBP FX Crosses Could Surprise In The Long Term 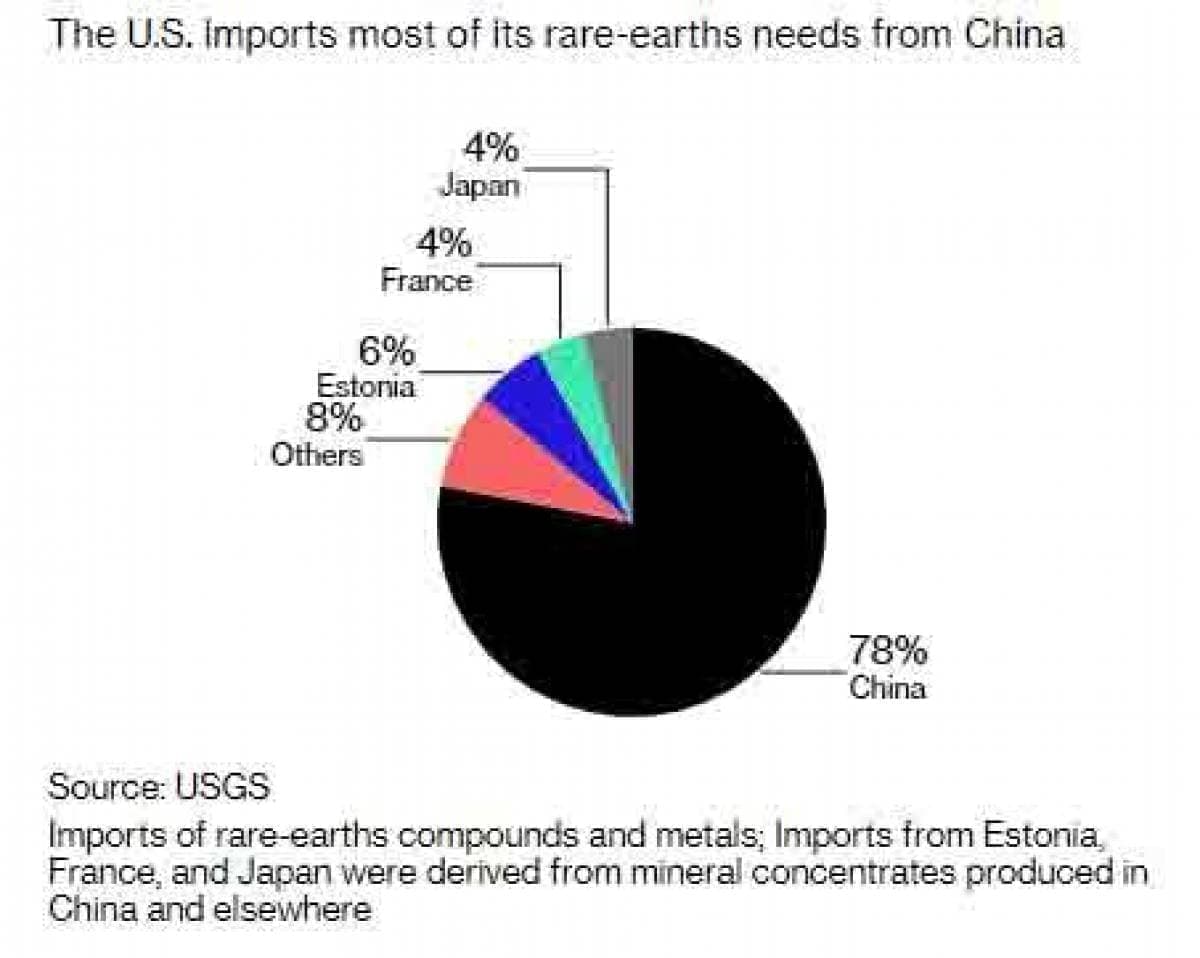 According to Bloomberg, the Commerce Dept. report recommended a number of steps, including improving the government’s understanding of domestic sources of rare earths and expediting approvals of mining permits.

And here another irony emerges: the U.S. has 1.4 million metric tons in rare earth mine reserves, 93 times the nation’s output last year, according to data from the U.S. Geological Service website; it should be relatively simple to restart mothballed facilities. And yet, it isn’t: the only US producer, MP Materials, has been shipping all its output from the Mountain Pass mine in California to China because there is currently no refining capacity available to handle its output anywhere else in the world, its biggest shareholder said.

“As with our energy security, the Trump administration is dedicated to ensuring that we are never held hostage to foreign powers for the natural resources critical to our national security and economic growth,” Interior Secretary David Bernhardt said in a separate statement. “The department will work expeditiously to implement the president’s strategy from streamlining the permitting process to locating domestic supplies of minerals.”

Of course, whether or not the US finds alternative supply chains is of secondary importance: what matters is for China to believe the US is no longer a hostage to weaponized Chinese rare earth metals. That in itself should be enough to eliminate the leverage. Then again, the only way China can ascertain this is by testing out US supply chains. Which is why the moment Beijing does pull the plug on these exports, is the moment trade war between the two superpowers will have crossed the rubicon, and no amount of dovish jawboning by Powell will be able to offset the coming risk rout.

Previous PostSE: EU Is Not in a Confrontational Mood on Italy, Moscovici SaysNext PostWalmart can afford to pay a $15 hourly wage: Rep. Ro Khanna