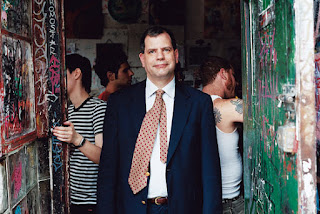 During an interview, Nick Whitaker of the Brown Political Review asked Tyler Cowen, who is the general director of George Mason’s Mercatus Center, about the Yes In My Back Yard movement which is a counter to the anti-building, anti-private property movement in San Francisco and some international cities.

I think the YIMBY people are losing the beauty battle. They are portrayed as the forces of ugliness and sprawl and bad architecture and they need to counter that somewhat. So, in a place like San Francisco, some of the resistance YIMBY is partially justified. It’s a beautiful city and you don’t want to knock it all down. There needs to be some kind of counter to that. Maybe just better selective preservation.

This suggests that Cowen would support some central planning-lite for San Francisco because SF is so beautiful.

Cowen has absolutely no idea what he is talking about.

This is what the Tenderloin district in SF looks like. It goes on like this for blocks and blocks:

The district starts two blocks west of the San Francisco Hilton and is across the street from the Twitter building.

This is probably some of the most valuable land in the world if it were allowed to be developed but the wacky left blocks the development of this area using, among other regulations, the “not in my backyard” regulations.

But as for other areas of SF where there is beauty and free markets might result in more density, Whitaker followed up with the right question:

But, we can talk about beauty at density, right? Or, do you think there’s a tradeoff between density and beauty?

There can be beauty at density but I feel in America, as we know it now, as we would rebuild major parts of San Francisco (which I would favor nonetheless), it would result in an uglier city. I wouldn’t want to pave the whole thing over to have it all look like Seoul, South Korea.

What the hell is he talking about?  He sounds like AOC and doesn’t appear to understand the development of free market neighborhoods and how they would be different and interesting. Seoul, South Korea is a terrible example. It was a totally centrally planned development (if not the actual builders). Indeed, in 2010 Seoul was designated the World Design Capital for the year. Who the hell wants that? Show me the freedom city.

And why should Cowen be considered an expert on beauty?  Judging from what he wears, he has not struck me as even mildly sound when it comes to what he chooses as his own raiment.

Respect for private property and allowing people to do what they want on their property is the only standard of living raising solution.