Two Warnings From the ‘Financial Times’ About the Coming Price Inflation 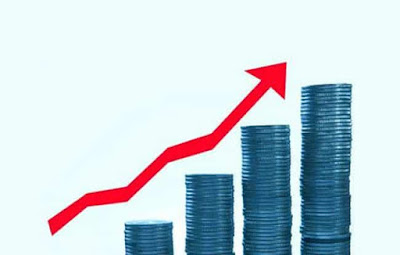 This past week, not one but two Financial Times columnists gave warnings about the coming price inflation.

There is a huge mispricing here — and one that makes no sense as economies reope [once the vaccines start getting distributes], new stimulus is released, growth surprises on the upside, and inflation risks rise…

As James Ferguson of Macrostrategy says, the “most exciting opportunity of the moment is in commodities. They’ll give you portfolio insurance against inflation (you need this). But they are also generationally cheap: just to return to their long-term price trend relative to global equities, a basket of commodities would have to outperform equities “almost fivefold”. It’s time to buy them.

Are we about to move into a new era of unexpectedly high inflation, rather than the below-target inflation we are used to? Many dismiss this view. But the boy who cried wolf was right the last time. A book just out is crying wolf insistently. Notably, it states that, as a result of today’s fiscal and monetary largesse, “as in the aftermath of many wars, there will be a surge in inflation, quite likely more than 5 per cent, or even on the order of 10 per cent in 2021”. That would change everything.

The prediction comes from The Great Demographic Reversal by Charles Goodhart, a respected academic, and Manoj Pradhan, formerly at Morgan Stanley. Its prophecy of imminent inflationary doom is in fact less significant than its analytical framework. These authors argue that the world economy is about to shift regimes. The last time this happened was the 1980s. The big shifts four decades ago were not so much the desire to bring inflation under control, but globalisation and the entry of China into the world economy. That era, they argue, which was one of low inflation and high, rising indebtedness, is now ending. Its inverse will soon follow.

From my perspective, the two columnists are correct when they write the above. In the EPJ Daily Alert, I argue that the theme of 2021 will be soaring price inflation.

It is time to hug your gold coins.