Two Competing “Stimulus” Packages: One Pays You to Stay On Your Couch and Watch Netflix, The Other Pays You If You “Get the Economy Going” By Working

Home Financial news Two Competing “Stimulus” Packages: One Pays You to Stay On Your Couch and Watch Netflix, The Other Pays You If You “Get the Economy Going” By Working
2020-07-042020-07-04By finanz.dk 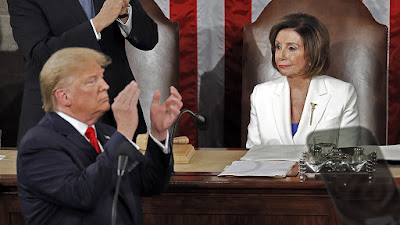 Casey B. Mulligan,   professor of economics at the University of Chicago and author of “You’re Hired!,” and Stephen Moore,  a co-founder of the Committee to Unleash Prosperity, report in The Wall Street Journal:

The White House will soon begin negotiating with congressional Democrats on a “Phase 4” economic revival plan. President Trump has repeatedly expressed his support for suspending the payroll tax through the end of the year as a way to stimulate jobs and help low- and middle-income families gain after-tax income. Speaker Nancy Pelosi opposes the idea. Instead, she’s pushing the $3 trillion spending bill that passed the House in May, which includes a six-month extension of the $600-a-week supplemental unemployment payments enacted in March, which are scheduled to end July 31.

These proposals create opposite economic incentives. The payroll tax suspension would reward employees for returning to their jobs and working more hours by providing a 7.5% rise in take home-pay immediately on income up to $137,700. (Income over this amount would still be taxed at the usual rate, which is lower.) The suspension of the additional 7.5% tax on employers’ wage and salary costs would encourage small businesses to hire more employees by reducing the cost.

The unemployment-benefit extension would discourage work. According to the Congressional Budget Office, it would pay 5 out of 6 workers more to stay unemployed than to return to their previous jobs. Already employers are having trouble persuading employees to come back.

The Pelosi program is, of course, mad and designed to keep unemployment high going into the November elections. Trump would display more mental deterioration than Joe Biden if he went along with it.

Of course, there are problems with Trump’s plan if he doesn’t cut government spending at the same time he cuts taxes. It would just be a shift in the manner of taxation.