Trustpilot shakes up top team as regulators and IPO loom

Trustpilot, the online reviews platform, is making sweeping changes to its executive team as it prepares for an initial public offering and braces for potential regulatory action.

The company, which was founded in Denmark in 2007 and has raised $173m in private financing, has become one of the world’s dominant providers of online ratings that are submitted outside of retail sites such as Amazon, collecting hundreds of millions of user-submitted reviews for hundreds of thousands of websites.

Usage of Trustpilot has grown even more this year, as consumers turned to its online reviews during a spike in ecommerce driven by coronavirus lockdowns.

However, like many providers of online reviews, the company has faced repeated challenges from the likes of consumer group Which? and the BBC’s Watchdog programme over the reliability of the ratings it collects and allegations that the system could be abused to aid fraudsters. Two former employees said that Trustpilot has been too slow to respond to these challenges.

Peter Mühlmann, Trustpilot’s founder and chief executive, announced earlier this month that three of its eight-person leadership team are leaving the business. It is also looking to hire a new operations chief with public-company experience as it eyes an IPO next year, with hopes of achieving a $1bn ($760m) valuation, according to people familiar with its plans.

The departures of its top product manager, head of communications and chief of staff come as Mr Mühlmann looks to prepare the company for greater public scrutiny from both investors and regulators, and speed up decision-making.

In 2020 we’ve invested in new technology and expertise, and made several fundamental changes to our platform to reflect our focus on this, but it’s never a completed mission

“To continue leading the industry on consumer trust, and to meet our ambitious and exciting strategy, we’ve also decided to change our organisation to simplify our structure and strengthen our execution,” Trustpilot said. “With these recent changes, we have the best possible set-up to ensure that consumers can continue to make informed choices and we can help good businesses grow.”

The UK’s Competition and Markets Authority launched an investigation into the online reviews market in May, with Trustpilot and Amazon said to be among the companies in the regulator’s sights. Trustpilot has said it is co-operating and welcomes the probe.

A Financial Times investigation earlier this year found evidence that several of Amazon’s top UK reviewers were profiting by posting five-star ratings, apparently by being sent products by their manufacturers for free, then selling the items on eBay.

The CMA is examining whether the industry is doing enough to tackle fake reviews, manipulation and fraud. The agency has given no indication of when it might report on its findings, but it has the power to make industry-wide recommendations or take action against individual companies, which could lead to a costly fine.

Since the probe began in May, Trustpilot has made several significant changes to its reviews system, including to ban incentivised reviews.

Companies using Trustpilot’s system can no longer hand-pick which customers are invited to leave reviews. Instead, they will have to send emails requesting reviews to all of their customers or a randomised sample. 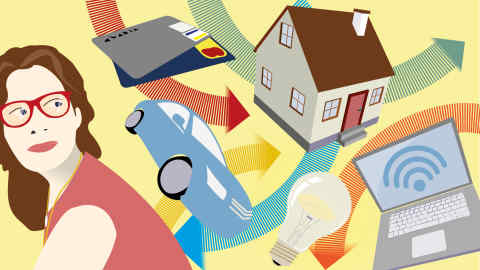 The company, which has most of its staff in Copenhagen and London, also opened a new R&D hub in Edinburgh, focused on developing fake detection technology.

People close to Trustpilot insist that these initiatives were in the works before the CMA launched its investigation.

“In 2020 we’ve invested in new technology and expertise, and made several fundamental changes to our platform to reflect our focus on this, but it’s never a completed mission,” Trustpilot said.

Trustpilot must also convince prospective new investors that there is no regulatory risk hanging over the business. Sky News reported last month that it has appointed JPMorgan and Morgan Stanley to run its IPO process.

Trustpilot reported $81.9m in revenues last year, up 27 per cent on 2018, according to its latest annual report, but it remained lossmaking. Clients pay to showcase Trustpilot ratings on their websites and use its tools to manage and automate customer reviews.