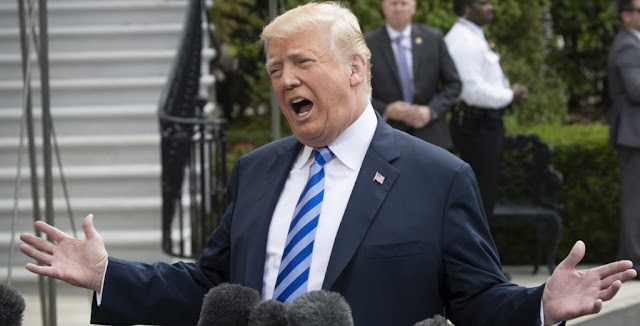 It is obvious that President Trump has a very weak understanding of trade that pushes him into thinking that discredited mercantilism is sound policy.

As Murray Rothbard put it decades ago:

Mercantilism has had a “good press” in recent decades, in contrast to 19th-century opinion. In the days of Adam Smith and the classical economists, mercantilism was properly regarded as a blend of economic fallacy and state creation of special privilege…

Mercantilism, which reached its height in the Europe of the 17th and 18th centuries, was a system of statism which employed economic fallacy to build up a structure of imperial state power, as well as special subsidy and monopolistic privilege to individuals or groups favored by the state. Thus, mercantilism held that exports should be encouraged by the government and imports discouraged. Economically, this seems to be a tissue of fallacy; for what is the point of exports if not to purchase imports, and what is the point of piling up monetary bullion if the bullion is not used to purchase goods?…

Consumption is the sole end and purpose of all production; and the interest of the producer ought to be attended to, only so far as it may be necessary for promoting that of the consumer.… But in the mercantile system, the interest of the consumer is almost constantly sacrificed to that of the producer; and it seems to consider production, and not consumption, as the ultimate end and object of all industry and commerce.

So Trump has recently been put in a box. He wants the benefits of free trade going into the election, e.g. a stronger stock market and a better overall standard of living, but he doesn’t really want free trade. Thus, he has been negotiating a “Phase 1” trade deal with China–when he really doesn’t want a deal.

Hence, it should not come as a surprise that the street hustling Trump, and his sycophant advisers, have come up with a trade dealt that isn’t much of a deal at all.

Bloomberg News is reporting today, on the heels of the signing of Phase 1 tomorrow that:

Existing tariffs on billions of dollars of Chinese goods coming into the U.S. are likely to stay in place until after the American presidential election, and any move to reduce them will hinge on Beijing’s compliance with the terms of a phase-one trade accord, people familiar with the matter said.

The two sides have an understanding that no sooner than 10 months after the signing of the agreement at the White House Wednesday, the U.S. will review progress and potentially trim tariffs now in place on $360 billion of imports from China, the people said, declining to be identified because the matter is private.

So who really knows how Trump will grade the Chinese trade report card in 10 months given his erratic positions on just about everything else and the fact that in 10 months he will not have election pressures?

The Trump street hustle is on.