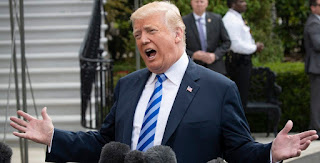 He went on to say that the Fed should cut its benchmark interest rate, the Fed funds rate, by at least a full percentage point “with perhaps some quantitative easing as well.”

This brings to mind the thinking of G. William Miller, who was Federal Reserve chairman early in the Jimmy Carter presidency.

Here is what  Steven Beckner, a former Federal Reserve analyst, said about him in, Back from the Brink: The Greenspan Years:

Without question  [Miller was] the most partisan and least respected chairman in the Fed’s history, this former Textron executive worked in tandem with fellow Carter appointee, Treasury Secretary W. Michael Blumenthal, in pursuit of monetary policies that were expansionist domestically and devaluationist internationally. The goals were to spur employment and exports, with little thought to the dollar’s value. By early 1980, inflation was running at 14 percent per year.

There is little question Trump is out of the same mold.

Price inflation is relatively quiet at present but I don’t expect that to last, and as I have detailed in the EPJ Daily Alert, the stock market reaction last week Wednesday to the brief dip in the yield curve (10-year Treasury minus 2-year Treasury) into negative territory, which resulted in the Dow Industrials declining by over 800 points, was a reaction that failed to take into consideration that this dip into negative territory was very different than such dips in the past.

READ ALSO  To 'Save' People From COVID, Puerto Rico Shuts Down 911 Call-Centers

We are not headed into a recession in the near future and there is little in the way of a threat of a stock market crash in the near future. Indeed, if anything it appears we are heading for a G. William Miller-type explosion in money supply growth. And this is already the apparent course, never mind if the weak-spined Jay Powell and his Fedettes bow once again to Trump pressure and come up with some loopy reason to cut the Fed funds rate once again. This time at the meeting of the Fed monetary policy group, the Fed Open Market Committee, scheduled to be held on Sept. 17-18. 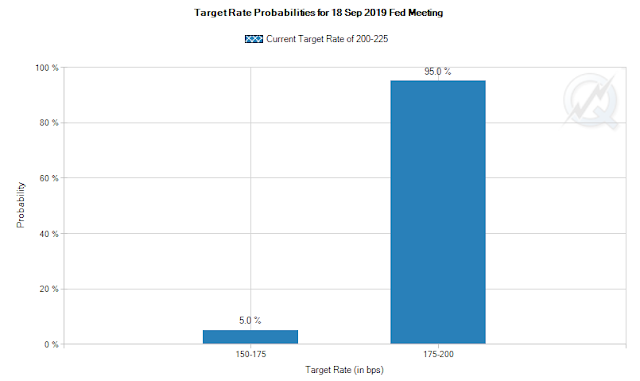 Of course, there is no reason for the Fed to be manipulating interest rates at all but a cut in September will only add more fuel to an economy that is set to go into a price-manic phase that is not going to, down the road, end well at all.

And Trump’s intimidation of Powell to get him to act like G. William Miller is not helping things at all.