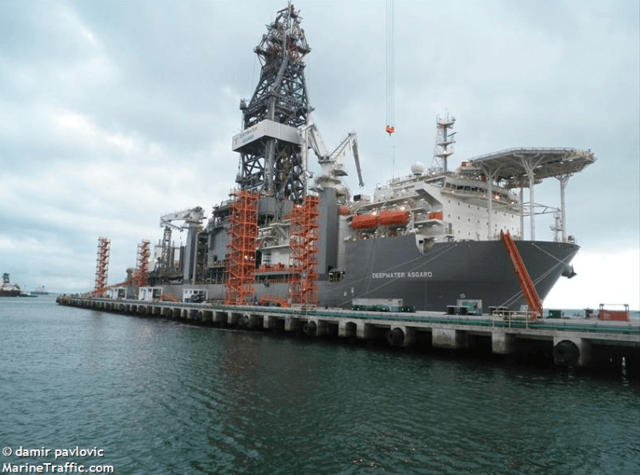 Transocean (RIG) has just provided its new fleet status report, which is especially interesting to evaluate following Diamond Offshore’s (DO) decision to skip the interest payment on its bonds and start restructuring preparations. Following contract terminations that we have seen in the Noble Corp. (NE) and Borr Drilling (BORR) fleet status reports, the key intrigue was how much damage will be dealt to Transocean’s contract backlog. Here’s the news:

Apparently, the company decided to scrap four old rigs that were still present in its fleet. I expect that Transocean 712 will soon follow their route.

Previously, I expected that some of the rigs acquired in the ill-fated Ocean Rig purchases will make it back to the market. I change my opinion due to the huge, long-lasting blow to the offshore industry dealt by the coronavirus crisis – I now expect that ALL of the above-mentioned rigs will end in the scrapyard. Here’s why.

We are at the beginning of the crisis – many rigs will lose their jobs, and dayrates will go down once again. The industry has not recovered from the previous crisis which started back in 2014 (!), and the dayrates have not reached the level needed to reactivate these rigs. So, the industry will have to go through a process of dayrate downside, followed by dayrate stabilization and then dayrate upside. It’s hard to say how much time the process will take, but it will surely take years. This means that we are looking at a possibility of reactivating ships that have been stacked for 7-8 years – costs would rise even more, especially if we keep in mind that safety and environmental standards keep rising year after year. Put simply, these rigs have almost no chance of ever working again.

Transocean has avoided mass contract terminations, as it has many long-term contracts. However, I have huge doubt that this backlog will help the company avoid restructuring in the current market situation, especially given the fact that all its major peers have de facto lined up for the restructuring exercise. The stock is for traders and should be avoided by investors, since the risk of losing principal is overwhelming due to the industry situation and the company’s huge debt load.

Additional disclosure: I may trade any of the above-mentioned stocks.