The 2021 Olympic Games will be held “with corona”, according to the chief executive of the Tokyo organising committee, even as sceptics question whether the games will ever happen.

Toshiro Muto struck a defiant tone in an interview with the Financial Times, asserting that the Olympics would take place even without a resolution to the Covid-19 crisis. His comments come as the country deals with a struggling economy, record infection rates in Tokyo, closed borders and questions about the government’s management of the health crisis.

“I don’t know what the state of coronavirus infections will be next summer, but the chances it is a thing of the past are not high,” said Mr Muto, a former finance ministry official and deputy governor of the Bank of Japan, who has spent six years preparing for the games. “Rather, the important thing is to deliver an Olympics for people who must live with Covid-19.”

The Tokyo games would have reached a climax this week, with the men’s and women’s marathons and multiple team gold medals settled at the weekend.

As Mr Muto wrestles with the challenges thrown up by the one-year delay — including added costs, rescheduling and having to secure staff for another year — he is reassured that the national government has taken on a higher level of responsibility.

Although the contract for the games is between the International Olympic Committee and the city of Tokyo, the decision to delay was made by Prime Minister Shinzo Abe in consultation with Thomas Bach, IOC president.

“It was the national government that decided to delay by a year. With that, the situation has changed a little,” said Mr Muto, acknowledging that Mr Abe’s government would take a larger role. “Furthermore . . . to hold an Olympics during corona means the antivirus strategy is crucial. The Covid-19 strategy has to be set at the national level.”

To have all the pomp and revelry of the Olympics wouldn’t get much sympathy from people who have experienced this virus. Rather, we want something simple but inspiring

The games will follow the same schedule in the same venues as it would have done in 2020, but the organising committee is still working out the exact form the competition will take.

A priority for Mr Muto and his colleagues is to cut costs. Mr Muto hopes to have a new budget by October, so talks can begin on who will pay more in what is already the most heavily sponsored sports event in history. Japanese companies have collectively spent about $3.1bn to sponsor a competition that it had been estimated would cost Japan $25bn. The delay has led the organising committee to open up to new sponsors.

The organising committee and the IOC are negotiating on more than 200 separate items. For example, reducing the number of guests from national Olympic committees and sports federations would save on travel and accommodation costs, he said.

“At a time of Covid-19 infections, to have all of the pomp and revelry of the Olympics wouldn’t get much sympathy from people worldwide who have experienced this virus,” said Mr Muto. “Rather, we want something simple but inspiring.”

One sponsor said there was an urgent need for clarity. “This is the month we plan our budget for next year. We have no idea how much we’re going to be asked to pay,” the sponsor said.

The value of backing the games lies in years of marketing ahead of the event, the sponsor added. A supporter of Tokyo 2021 will only get seven months of value from January 1 and many sponsors are already looking towards the 2022 Winter Olympics in Beijing. 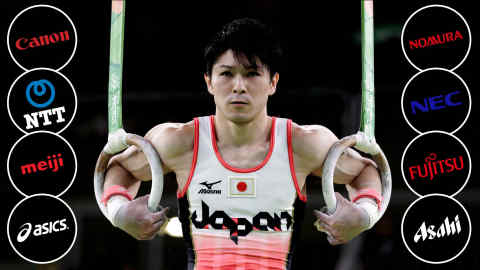 But Mr Muto said he was encouraged by the reaction from sponsors. One new partner, the operator of the Skytree attraction in eastern Tokyo, has become the first new supporter to sign up for 2021, albeit at the third tier of support.

“I recognise that there is a range of opinion among the sponsors. For some of them, their results have been hit by coronavirus,” Mr Muto said. “But it is not necessarily the case that everyone has suffered a negative impact. There are companies that have gained as well.”

Many sceptics, however, doubt whether the games will go ahead at all. In a recent interview with the Financial Times, Tokyo governor Yuriko Koike said that a basic precondition for the Olympics was that foreign travellers be able to enter Japan.

Mr Muto said the situation was already better than in March, when Mr Abe and Mr Bach decided to postpone the games.

“Coronavirus was something unforeseen. It appeared suddenly and people did not agree how to interpret it. We were groping in the dark for how to respond, and in those circumstances, there was no choice but to delay,” he said.

Previous PostAbandoning hope – Economic forecasts are too rosy. That can be costly | Finance & economicsNext PostHow The Race For A COVID-19 Vaccine Could Go Horribly Wrong For The Market